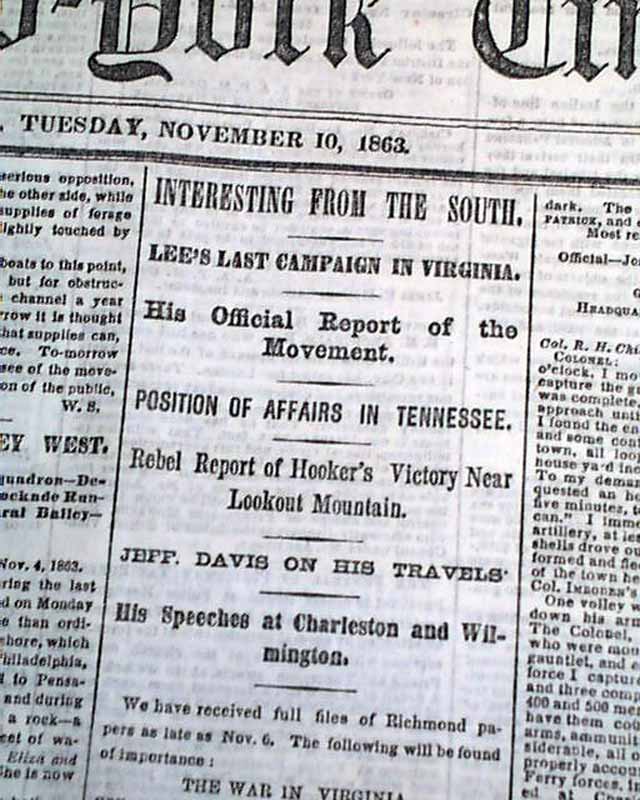 
NEW YORK TIMES, Nov. 10, 1863  Among the front page one column heads on the Civil War are: "Advance of Gen. Meade" "Continued Retreat of Lee's Army" "The Rebels Across the Rapidan & Our Forces Near Culpepper" "Brisk Cavalry Skirmishing" "Lee's Last Campaign in Virginia" "His Official Report of the Movement" which takes most of a column & is signed in type: R. E. Lee, General; "Jeff. Davis On His Travels" and more.
Eight pages, very nice condition. 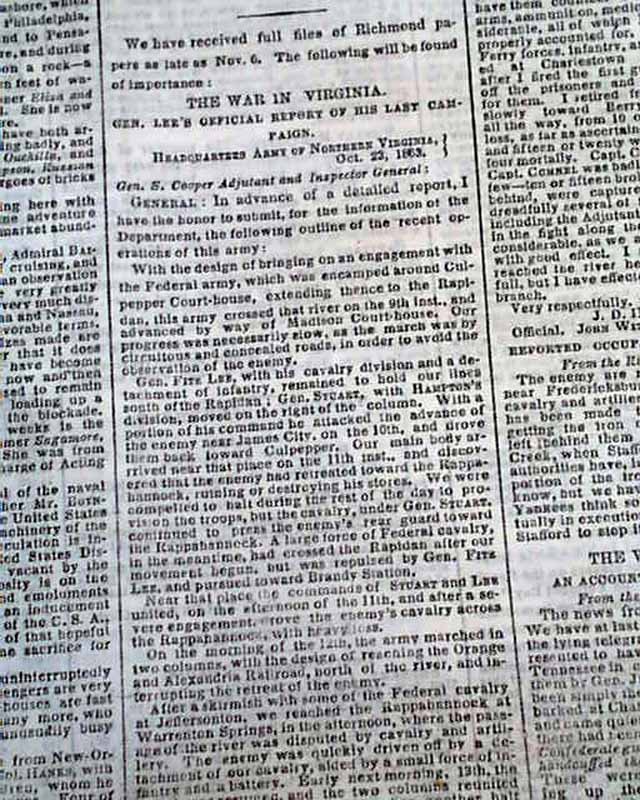 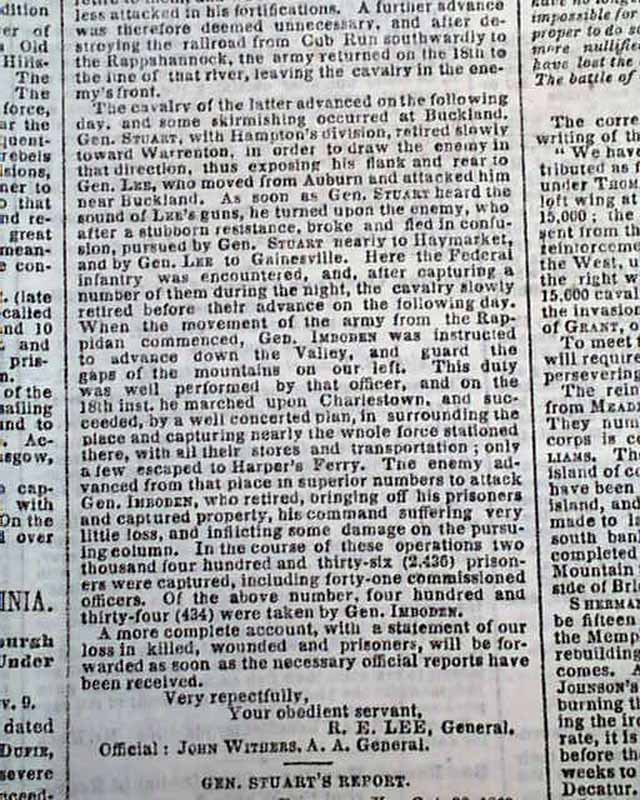 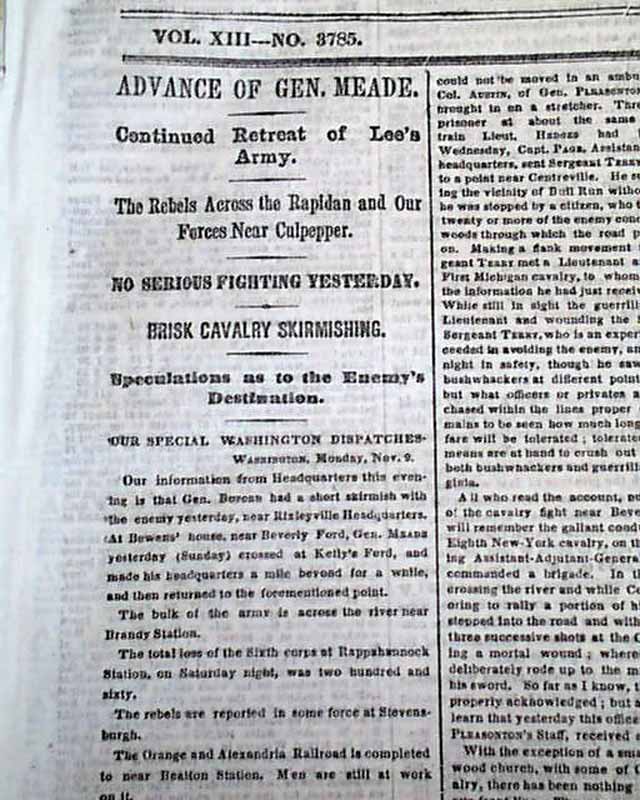 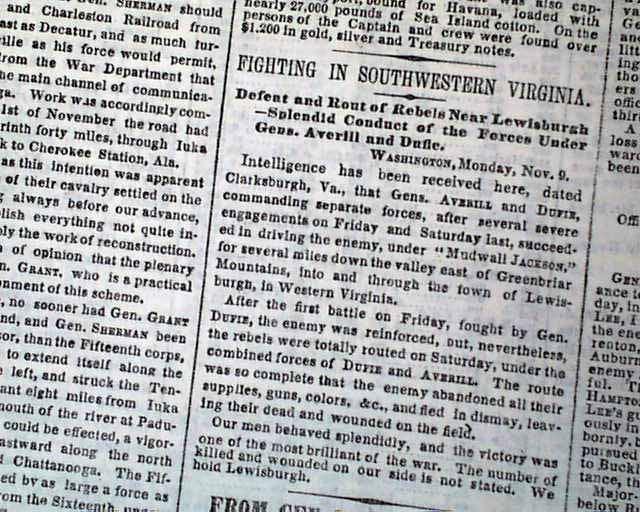 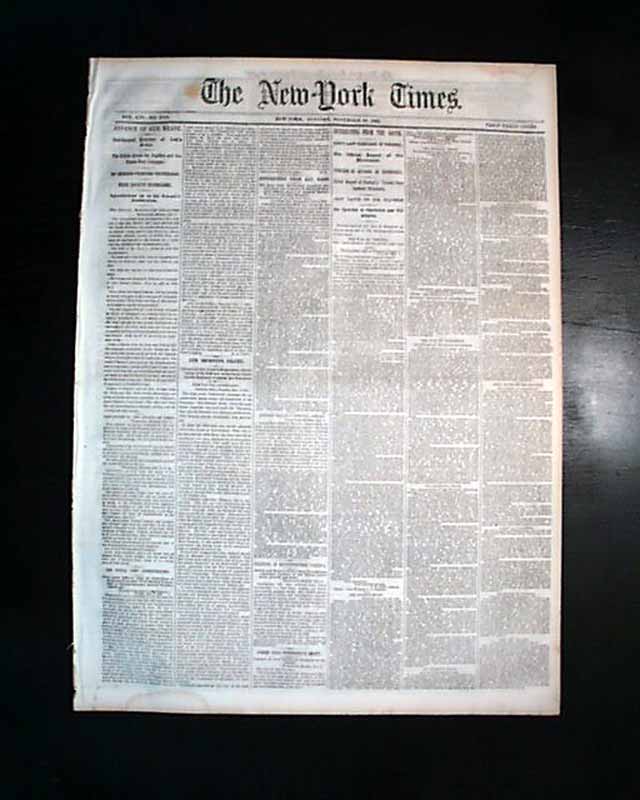 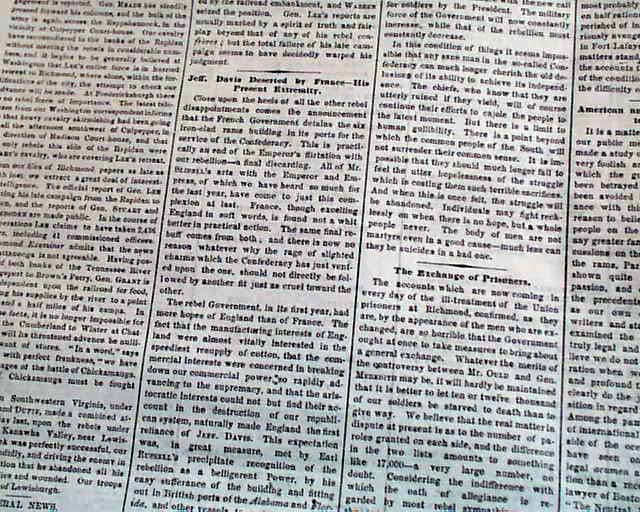