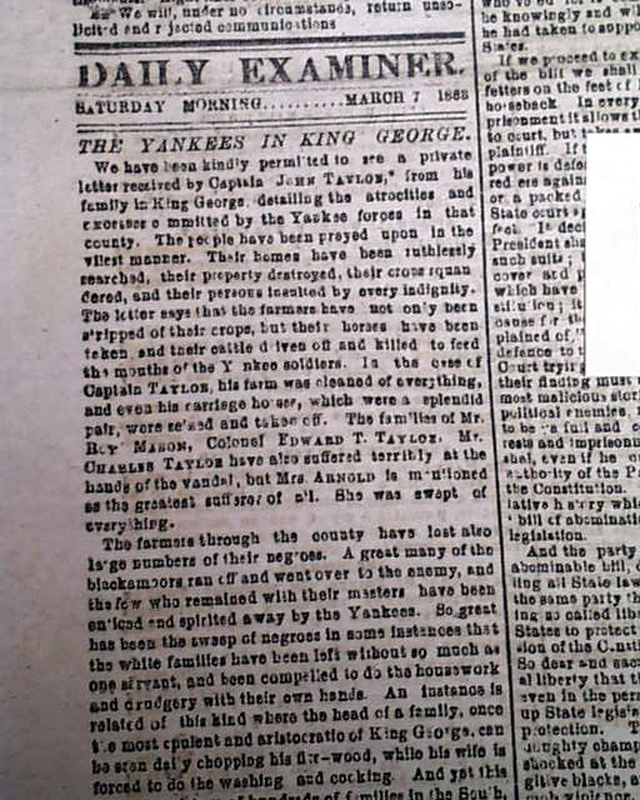 Among the front page items are: "The Yankees In King George" "The Conservatives of the North--Resolutions Of  The State Legislature" "The West & The War--Where are the Interests of the West?" "Abolition Legislature--The Bill of All Abominations--Military Arrests in the North" "Abolition Philanthropy--Sambo North and Sambo South" "The Press & Congress" "A Bold Voice Against Lincoln" and other war-related items.
The back page has a nearly two column editorial which touches on several war-related topics. There is also much reporting from: "The Confederate Congress" and the "Virginia Legislature" and other smaller items.
Complete as a single sheet newspaper, full banner masthead, a tiny hole near the center affections only a few words, close-trimmed at the bottom of the front page affects the bottom line, otherwise in nice condition.