Home > Back to Search Results > "...the cause of the Confederacy will triumph..."
Click image to enlarge 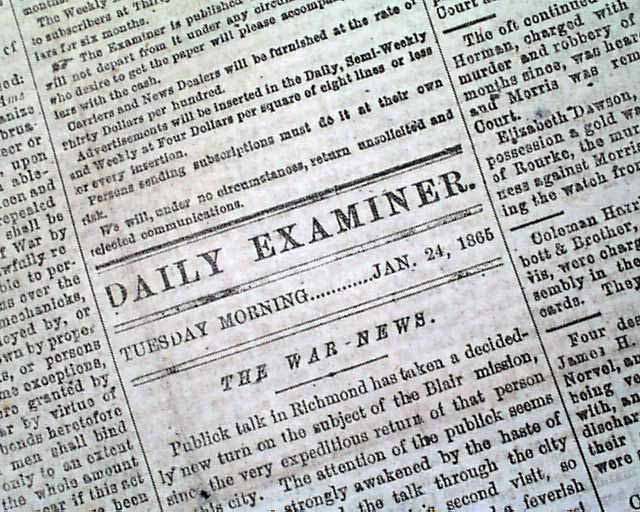 "...the cause of the Confederacy will triumph..."

Not only a newspaper from the Confederacy but from its capital as well.  The ftpg; has: "The War News" which includes several subheads including: "Gold & Currency" "The War Office" "Military Exemptions in Congress" "The Richmond Lines" and a bit more. Also on the ftpg: "Additional From the North "Wilmington Not To Be Attacked" "Deplorable Condition of Kentucky" "General Joseph 'E. Johnston" plus "City Intelligence" and various advertisements.
The bkpg. has a lengthy editorial touching on several war-related topics, beginning: "Thing have come to that pass when constancy of purpose & determination are sure to secure what we have spent so much to gain. There is no danger but the cause of the Confederacy will triumph, provided the reformatory measures now in progress result in giving to the country a resolute & intelligent administration..." with considerably more. Most of the rest of the page is taken up with reports from the "Confederate States Congress".
Complete as a single sheet newspaper with a one column masthead (typical late in the war), never bound not trimmed, very nice condition.