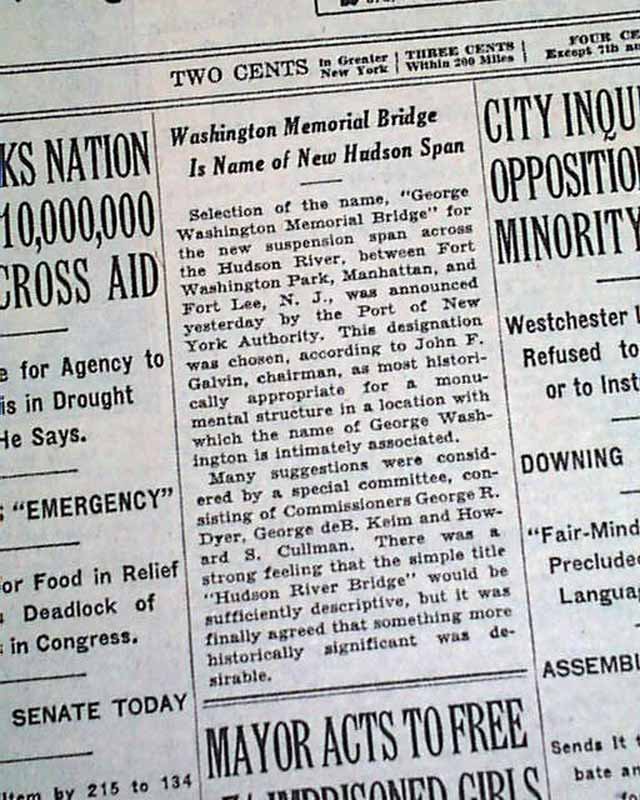 The top of the front page has a small one column heading: "Washington Memorial Bridge Is Name of New Hudson Span" (see) First report coverage on the famous suspension bridge being named after our first president. I suspect this is one of the few publications to report this particular event as other titles in our inventory do not.
Also at the top of the page is a two column heading: "Mawson Discovers New Land in Antarctic; Aides Fly Off Ship as Ice Blocks Passage" (see)
Other news, sports and advertisements of the day. Complete in 48 pages, a little irregular along the spine, nice condition. 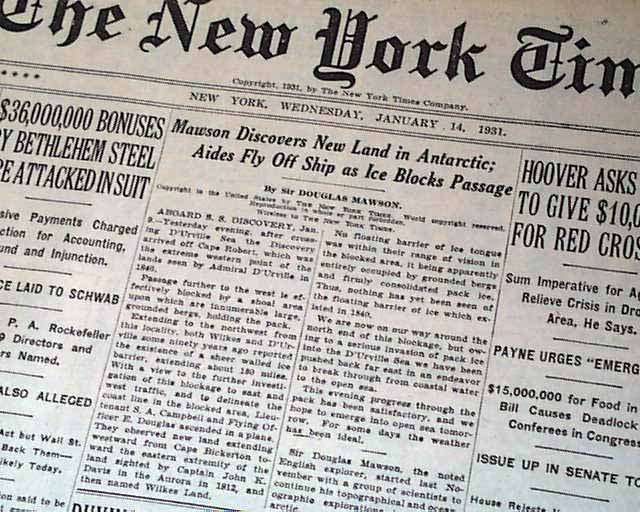 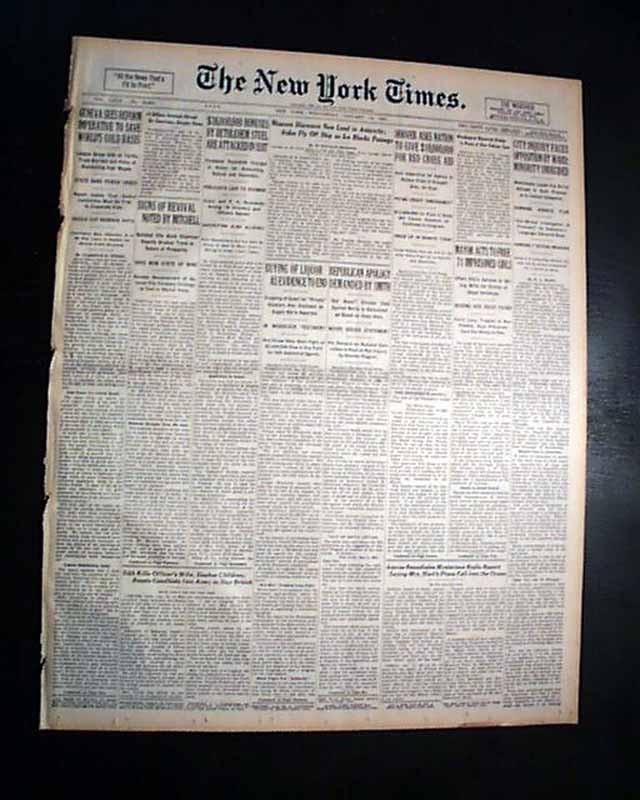