Home > Back to Search Results > The Jefferson/Callender situation...
Click image to enlarge 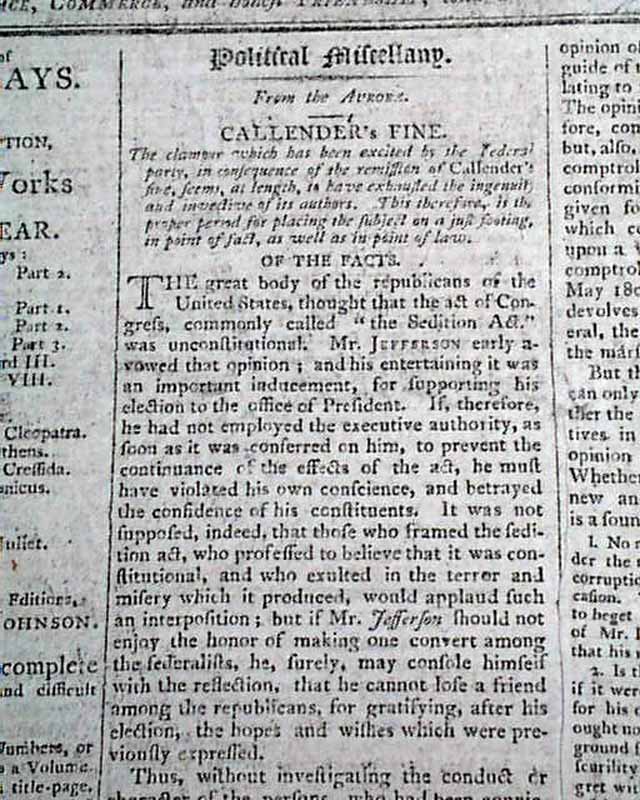 One of the more decorative mastheads of the early 19th century.
Over a full column of the front page is taken up with: "Callender's Fine"...Of The Facts" concerning Thomas Jefferson pardoning the charges against James Callender, a one-time ally of Jefferson in attacks against John Adams.
The report notes in part: "...Callender had been sentenced to payi a fine of 200 dollars, to suffer a period of imprisonment...On the 16th of March 1801 his pardon was signed at Washington...".
Page 3 has an early, illustrated "spectacles" ad.
Four pages, very nice condition.