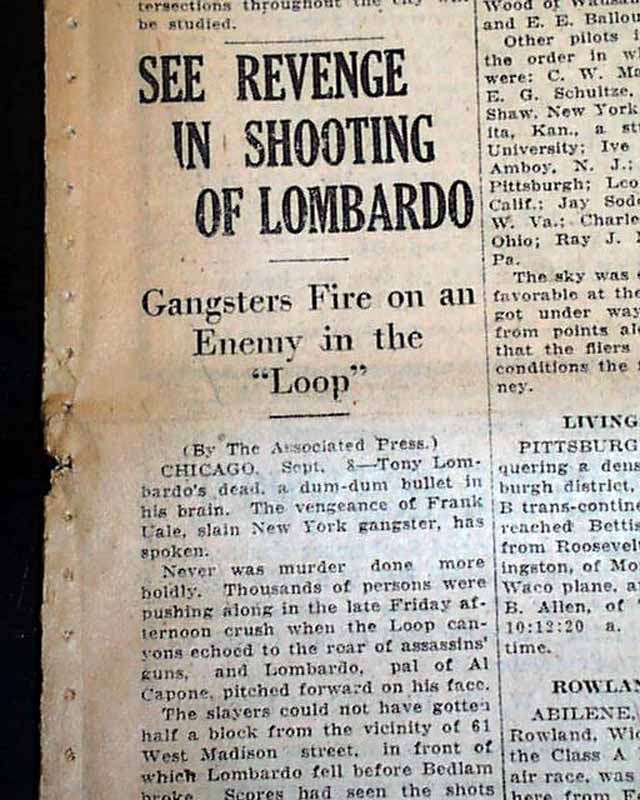 The first column has heads: "SEE REVENGE IN SHOOTING OF LOMBARDO" "Gangsters Fire on an Enemy in the 'Loop' ". Datelined from Chicago, the report begins: "Tony Lombardo's dead, a dum-dum bullet in his brain. The vengeance of Frank Uale, slain New York gangster, has spoken..." with much more.
Twelve pages, good condition.