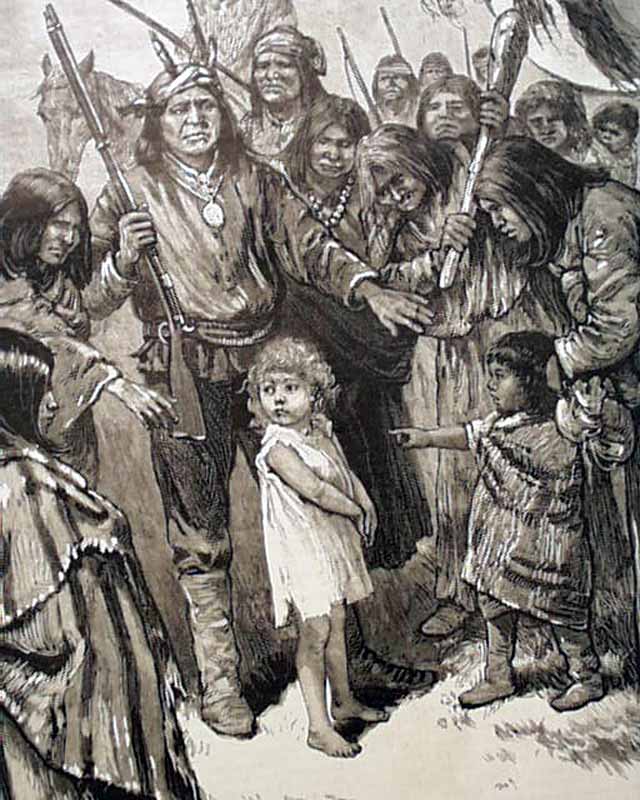 LESLIE'S ILLUSTRATED, New York, May 19, 1883  The entire ftpg. shows: "New Mexico--An Incident Of The Apache War--A Boy Prisoner, Captured In A Raid, Brought Into Camp." A related article inside.
Inside has a full page featuring six scenes relating to baseball captioned: "The Sports Of The Season.--Baseball And Its Pleasures." The individual scenes are captioned as well, including "Look Out" which shows the crowd avoiding a foul ball, plus one of an umpire: "What is it?--Suspected to be the Umpire." Also has an action scene: "Just in Time", and one of two gentlemen admiring a female fan instead of watching the game: "A Drawn Game" and two more. A famous print that has occasionally appeared in baseball publications.
Sixteen pages, very nice condition.