Home > Back to Search Results > To be found only in California...
Click image to enlarge 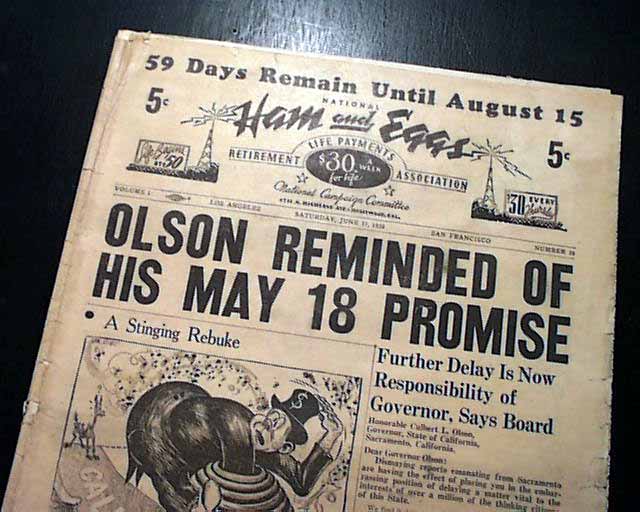 To be found only in California...


HAM AND EGGS, Los Angeles, June 17, 1939  A very intriguing and rare newspaper, this being the vol. 1 number 29 issue. The Ham and Eggs movement was an old-age pension movement in California during the 1930s. It was originally founded by Robert Noble, a controversial radio personality. The Ham and Eggs lobby wanted a massive state pension apparatus and one time their movement had almost one million members. However, the movement was narrowly defeated in an initiative election in 1938. Robert Noble would later be arrested on charges of pro-Nazism during World War II.
Complete in 28 pages, tabloid-size, some wear at margins, generally good.