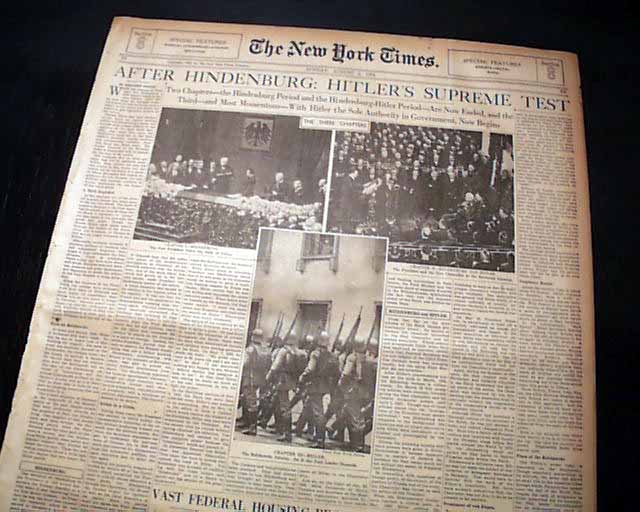 The front page of this section has a banner headline: "AFTER HINDENBURG: HITLER'S SUPREME TEST" with subhead and 3 related photos. 1934 was a very tumultuous time in Germany with the recent appointment of Adolph Hitler as Führer. Things would only get worse before the outbreak of World War II in 1939.
Other topics throughout. Complete section 8 only with all 16 pages, light toning and minor wear at the margins, generally nice.