Home > Back to Search Results > Rebels moving towards Pennsylvania...
Click image to enlarge 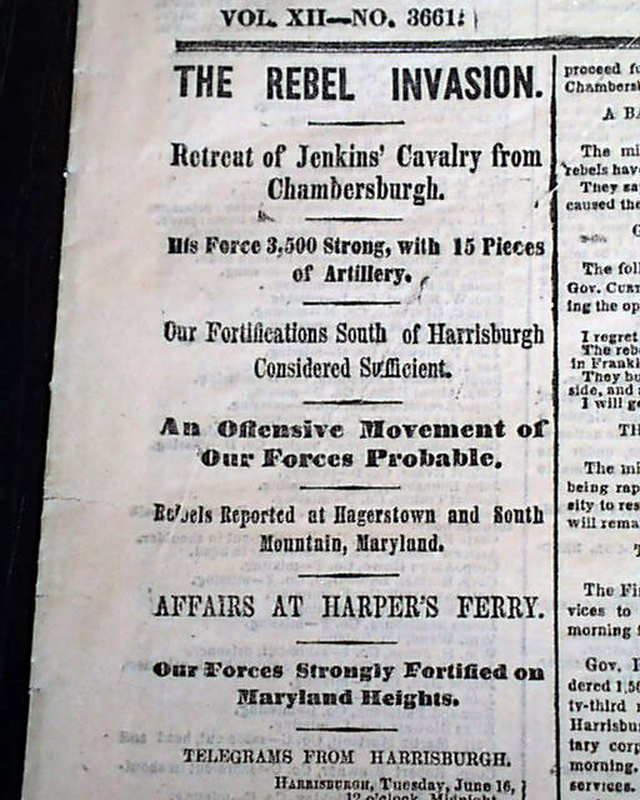 Among the front page column heads on the Civil War are: "THE REBEL INVASION" "Retreat of Jenkins' Cavalry from Chambersburgh" "Our Fortifications South of Harrisburgh Considered Sufficient" "Movements of Lee's Army" "The Main Body of His Forces in the Shenandoah Valley" & much more.
Eight pages, never bound nor trimmed, good condition.