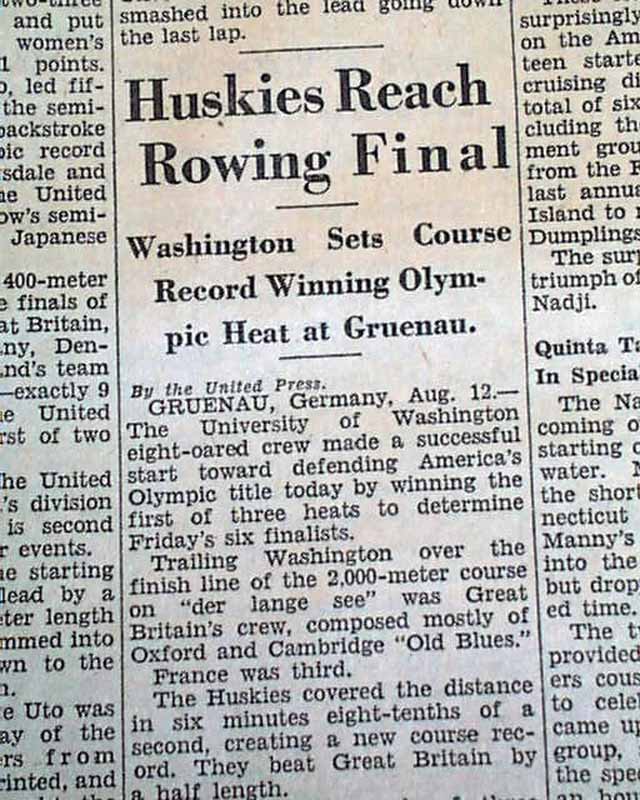 Page 31 has a one column heading: "Huskies Reach Rowing Final" with subhead: "Washington Sets Course Record Winning Olympic Heat at Gruenau" (see) This crew would win the gold medal by upsetting the Nazi crew just 2 days later.
Complete with all 40 pages, light toning at the margins, some small binding holes along the spine, generally nice.