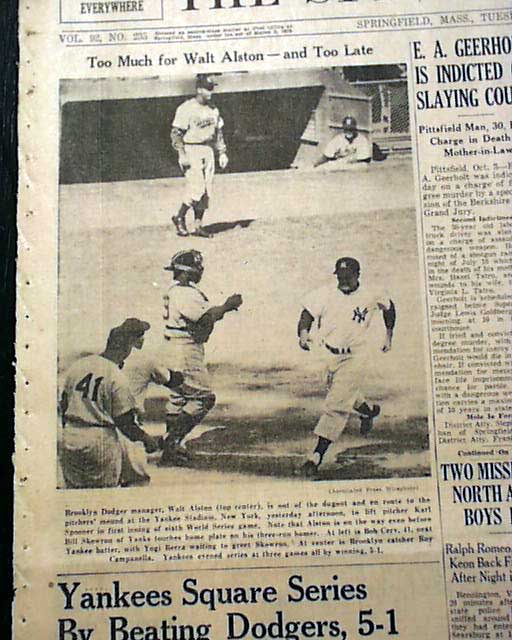 The front page has a three column heading: "Yankees Square Series By Beating Dodgers, 5-1" with subhead, related photo and box scores. (see) Much much in the sport's section on game 6 of the World Series. The Dodgers would beat the Yankees in game 7 on this day to clinch the World Series.
Complete with all 40 pages, light toning minor wear at the margins, tiny binding holes along the spine, generally very nice.