Home > Back to Search Results > JFK is assassinated...
Click image to enlarge 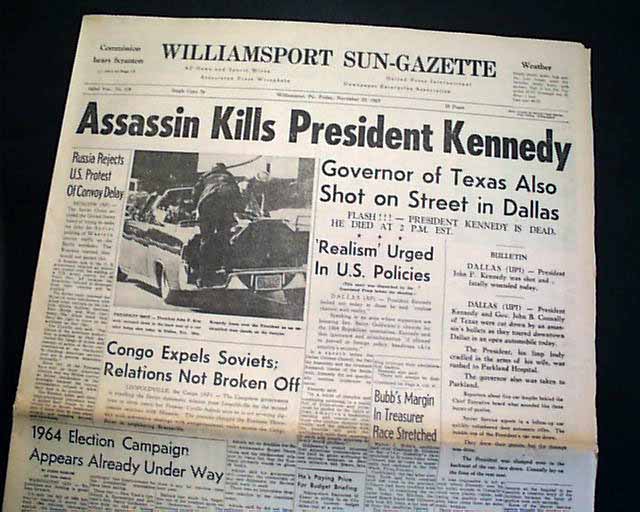 The banner headline reads: "Assassin Kills President Kennedy" with related subheads. The photo on the front page is the iconic one of the secret service agent crawling on the back of the limousine.
Nice to have a same-day report, as many first reports on the JFK assassination were dated November 23, being morning newspapers.
The complete first section (of 2) with pages 1-12, some foxing, generally good condition. Lightly inked in a lower corner.