Home > Back to Search Results > Much on Commodore Rodgers' cruise...
Click image to enlarge 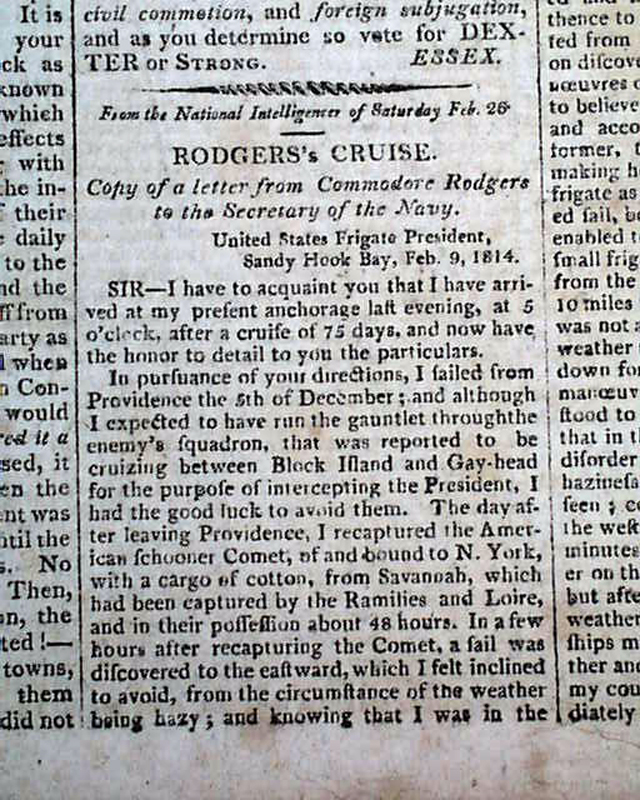 
INDEPENDENT CHRONICLE, Boston, March 7, 1814  Over a full column of the ftpg. & a bit of page 2 are taken up with: "Rodgers's Cruise" being Commodore John Rodgers' report of his recent cruse of 75 day to the Secretary of the Navy. Dated on board the U.S. frigate President at Sandy Hook, Feb. 9, 1814, with a wealth of reading on his naval encounters during the War of 1812.
More war reporting inside with: "the Prisoners of War" "Latest Frontier News" "Retaliation Prisoners" "Latest From Sacket's Harbor" and more.
Four pages, nice condition.