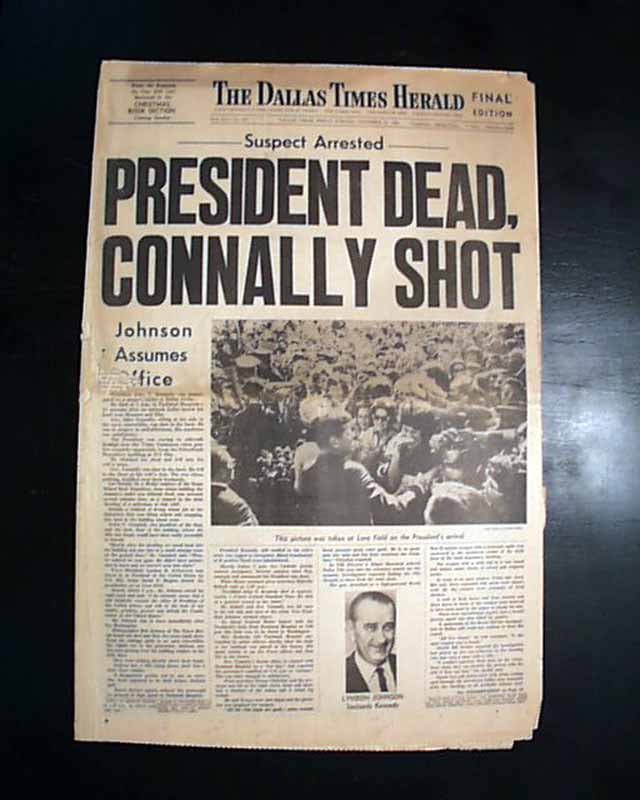 Serious collectors always try to obtain historic newspapers from the city where the event happened. For JFK's assassination that would be a Dallas newspaper.
Of the two newspapers which published in Dallas in 1963 only the TIMES HERALD reported the assassination on the same day it happened--November 2.
This is the "Final Edition" with the very large & dramatic banner headline reading: "PRESIDENT DEAD, CONNALLY SHOT" with a subhead: "Johnson Assumes Office". There is also a large ftpg. photo captioned: "This picture was taken at Love Field on the President's arrival." The balance of the ftpg. is taken up with assassination reports which carry over to inside pages.
This is the first (of 3) section only, and is in "2nd rate" condition due to foxing/dirtiness and a piece from near the spine with causes some text loss. Priced accordingly, much less than the $380 price when in nice condition. 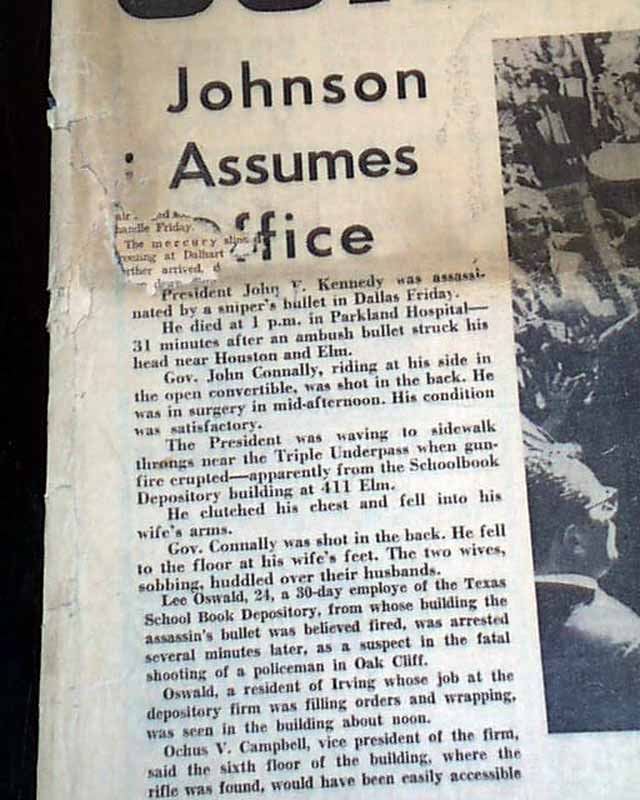 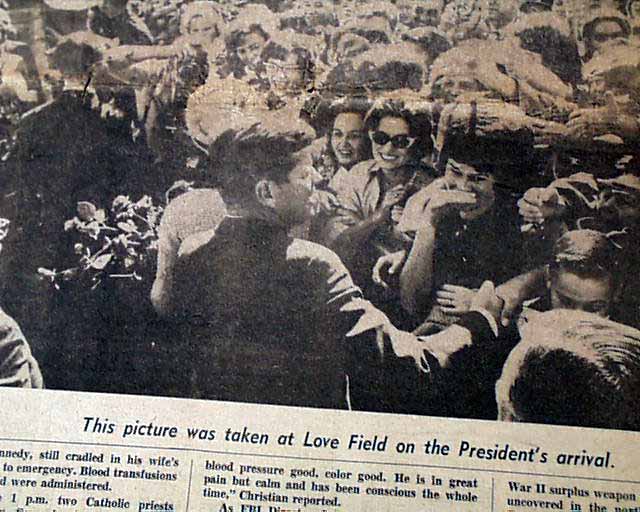 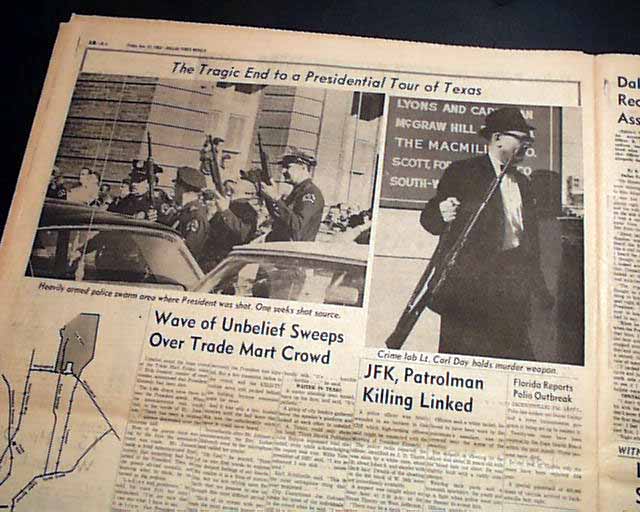 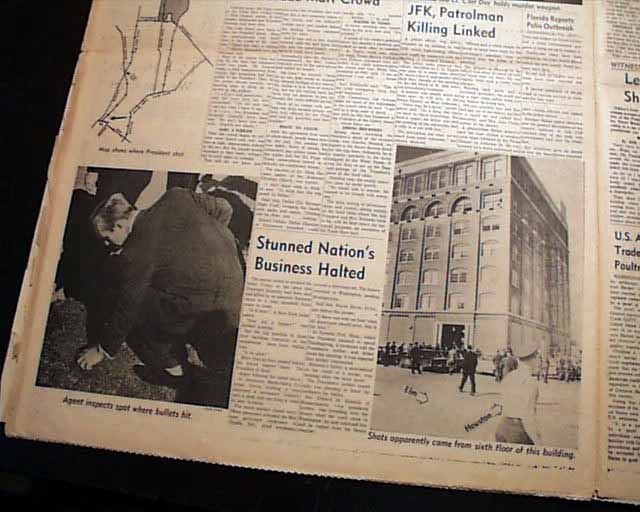 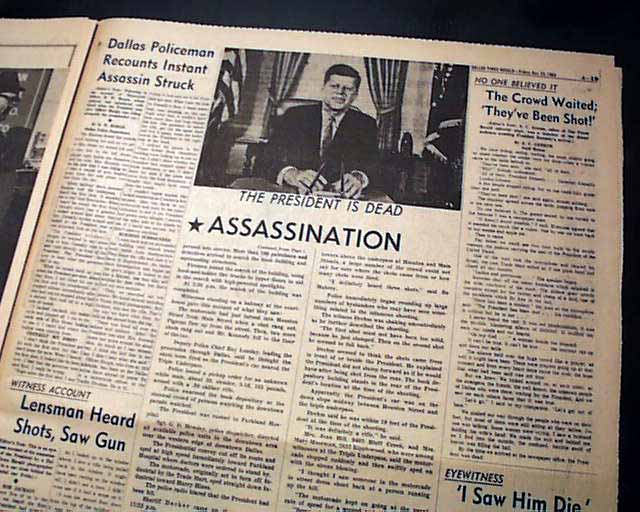