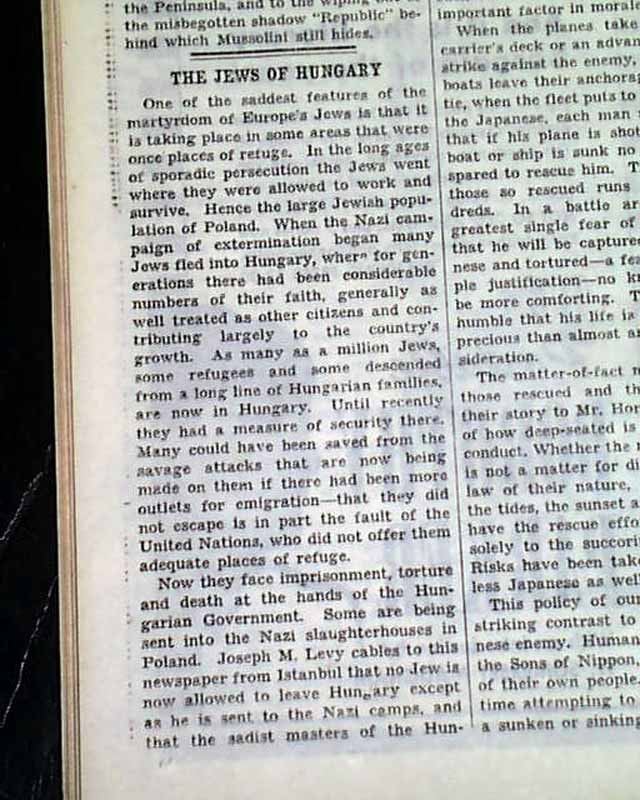 Page 18 has an editorial with one column heading: "The Jews Of Hungary" See images for coverage on the atrocities in Nazi-occupied Hungary.
Complete with 34 pages, rag edition in nice condition.