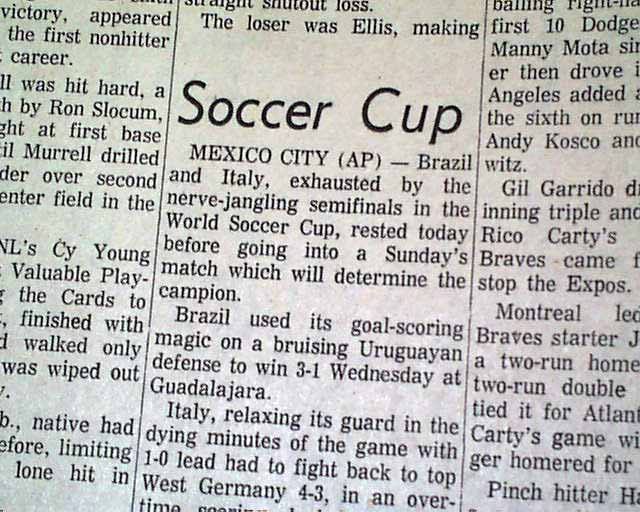 The sport's section (page 2) has a one column heading: "Soccer Cup" First report coverage on the semi-final games of the 1970 FIFA World Cup. The Italy vs. West Germany match is known in the soccer World as the 'Game of the Century'. With soccer being a somewhat unknown sport in the United States at the time, it is exceedingly difficult to find any reports of the World Cup in American newspapers, coverage lacking in several major city publications.
Complete with 6 pages, printing flaw within the soccer report slight affects (see), a little irregular along the spine, generally nice.