Home > Back to Search Results > The bombing of Pearl Harbor...
Click image to enlarge 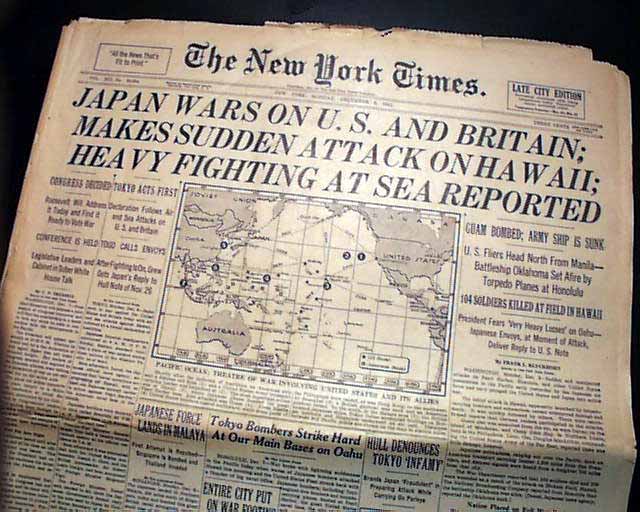 The bombing of Pearl Harbor...


NEW YORK TIMES, December 8, 1941  Great to have the report of the bombing of Pearl Harbor in perhaps the most venerable newspaper in the country.
The three-line banner headline announces: "JAPAN WARS ON U.S. AND BRITAIN; MAKES SUDDEN ATTACK ON HAWAII; HEAVY FIGHTING AT SEA REPORTED" with various related subheads. The front page also features a map captioned in part: "Pacific Ocean: Theatre of War Involving United States and It's Allies". More reporting inside.
The complete issue in 44 pages, never bound nor trimmed, archival strengthening at the blank spine, minor wear at the margins. 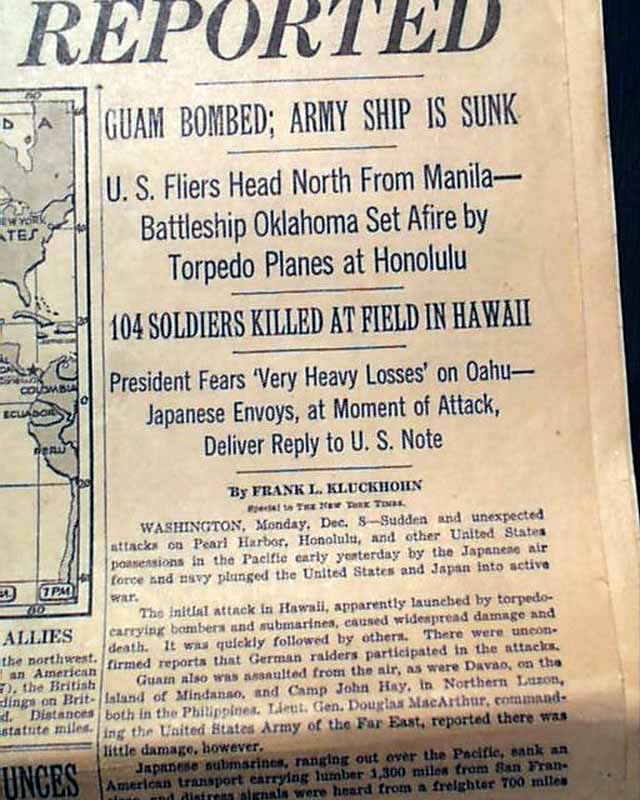 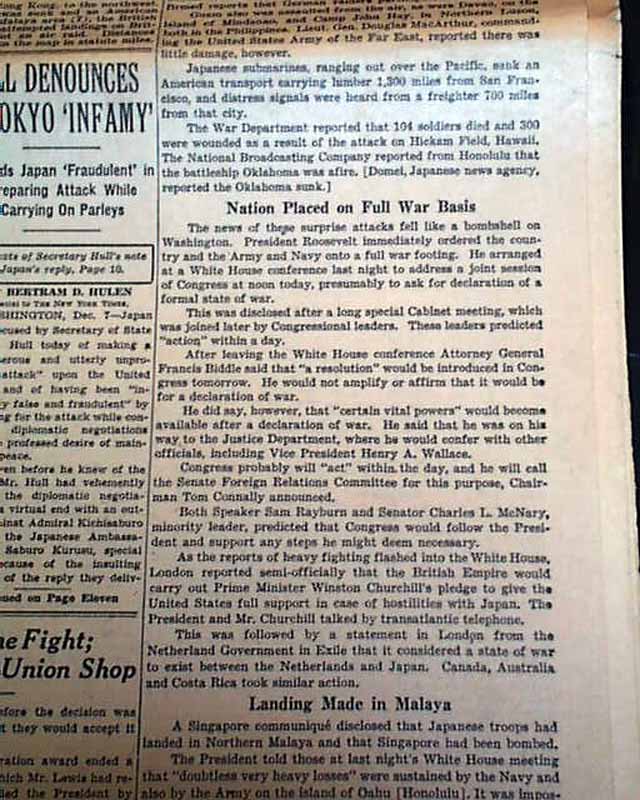 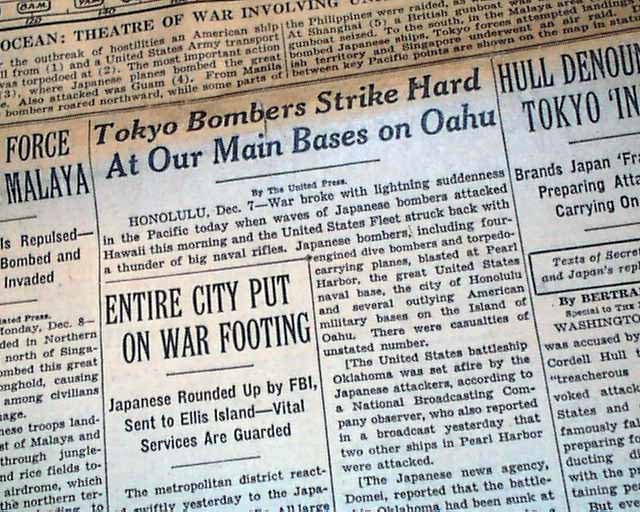 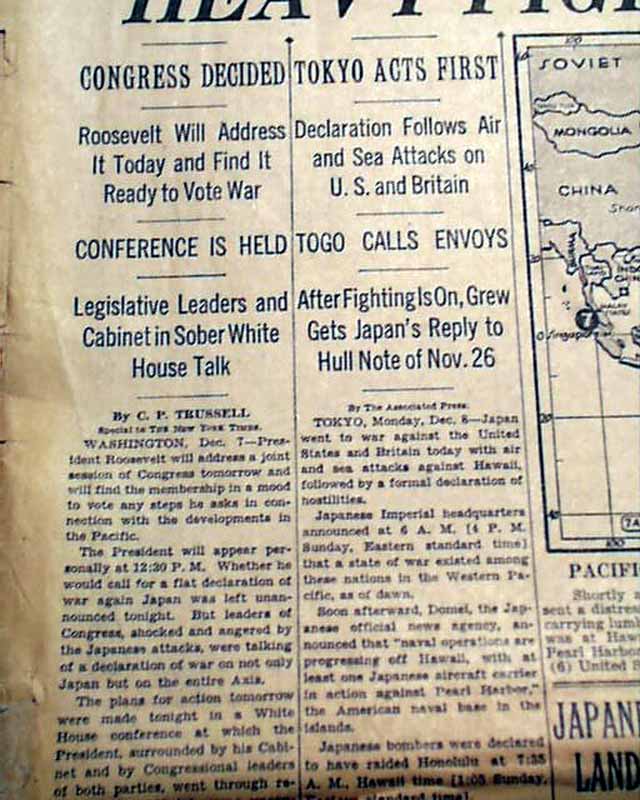 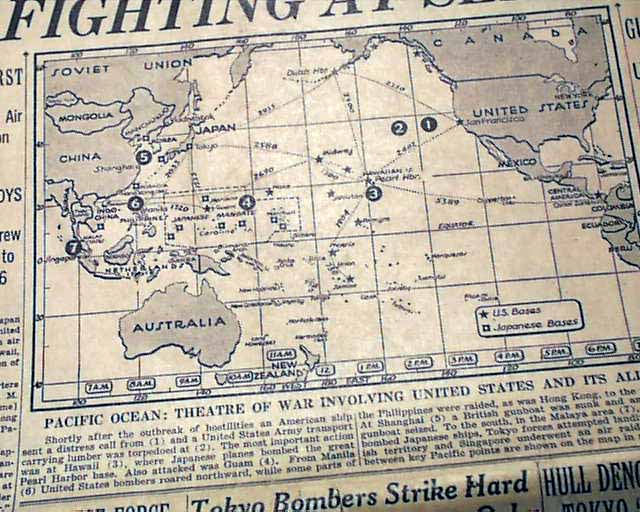 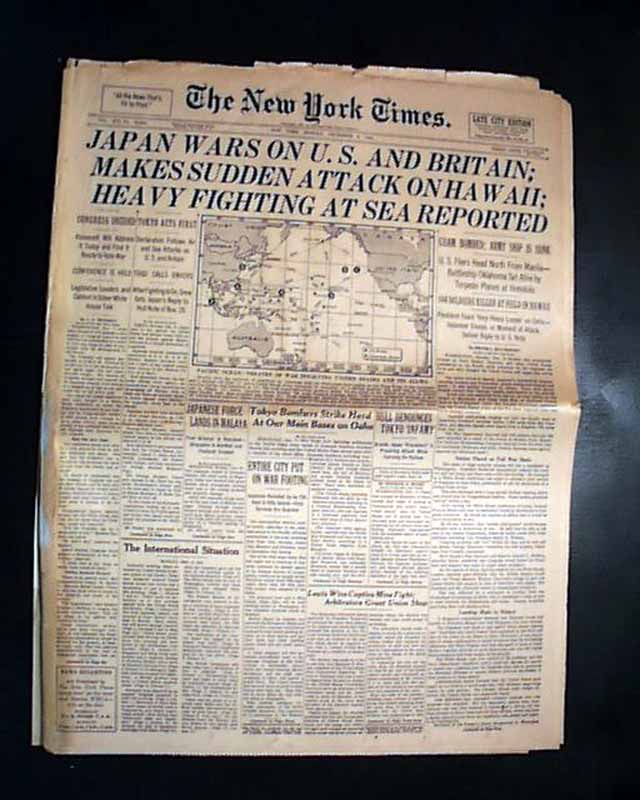