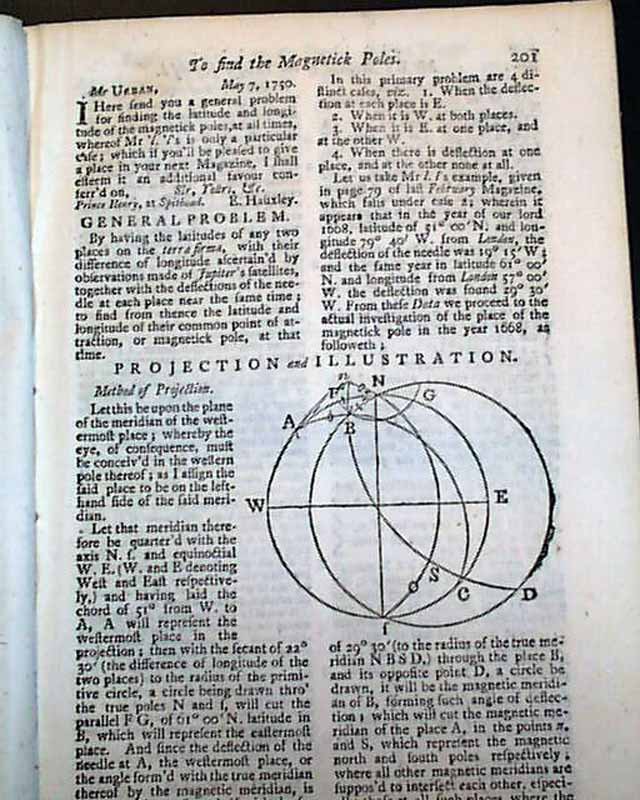 Item # 674778 THE GENTLEMAN'S MAGAZINE, London, May, 1750  Perhaps the most notable item is: "A Curious Remark on Electricity, from a Gentleman in America, whose ingenious Letters on this Subject will soon be published in a separate Pamphlet...", which includes an extract of a letter by Benjamin Franklin.
Other articles include: "A Probable Cure for the Bite of a Mad Dog" "An Historical & Chronological List of the Most Eminent Painters" taking nearly 3 pages; "To find the Magnetick Poles" which includes an illustration; "Precautions requir'd in Inoculation" and much more.
There is a full page plate of various plants which includes an article as well. Also a full page article: "The Pelican of America" which includes a half page print of it.
One of the two plates called for is lacking.
Complete in 48 pages, full title/contents page featuring an engraving of St. John's Gate, 5 by 8 inches, very nice condition.