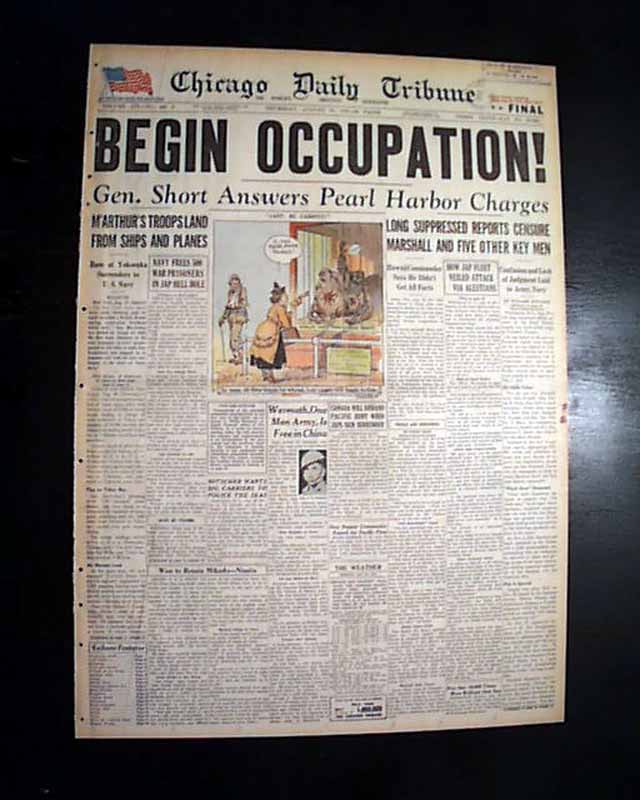 The front page has a great banner headline in bold lettering: "BEGIN OCCUPATION!" with subheads. Nice for display. A few related photos are on the back page. First report coverage on the initial landing in Japan by the United States Marines and General Douglas MacArthur soon after the end of World War II. The official signing of surrender would take place on board the USS Missouri a few days later. Always nice to have notable events in history reported in this World famous publication.
Complete with all 30 pages, light toning at the margins, small library stamp within masthead, minor spine wear, generally nice.