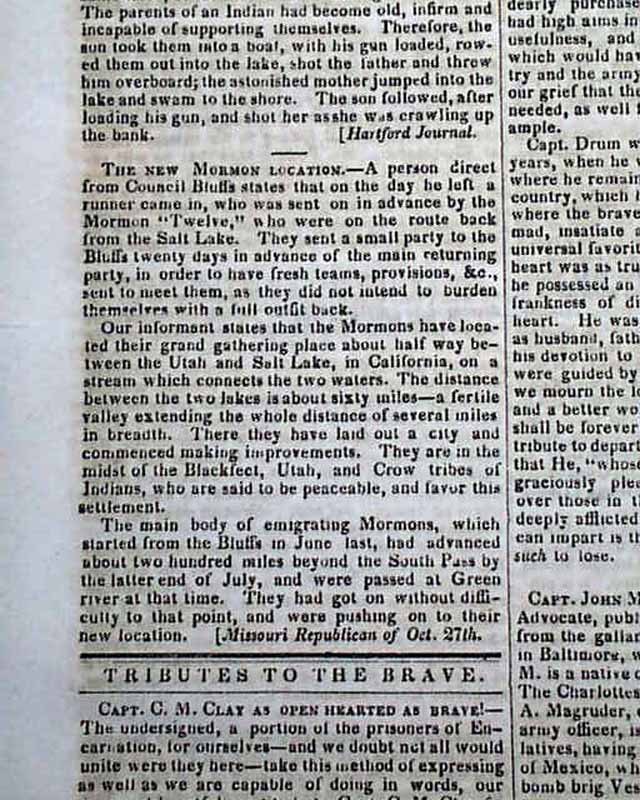 Near the back is a notable article on the Mormons settling upon the what would become Salt Lake City as their new home: "The New Mormon Location" which notes in part: "...a runner came in who was sent on in advance by the Mormon 'Twelve' who were on the route back from the Salt Lake...Our informant states that the Mormons have located their grand gathering place about half way between the Utah and Salt Lake, in California, on a stream which connects the two waters. The distance between the two lakes is about 60 miles---a fertile valley...There they have laid out a city & commenced making improvements. They are in the midst of the Blackfeet, Utah, and Crow tribes of Indians...The main body of emigrating Mormons, which started from the Bluffs...had advanced about 200 miles beyond...had got on without difficulty to that point & were pushing on to their new location...".
Sixteen pages, 8 3/4 by 12 inches, nice condition. 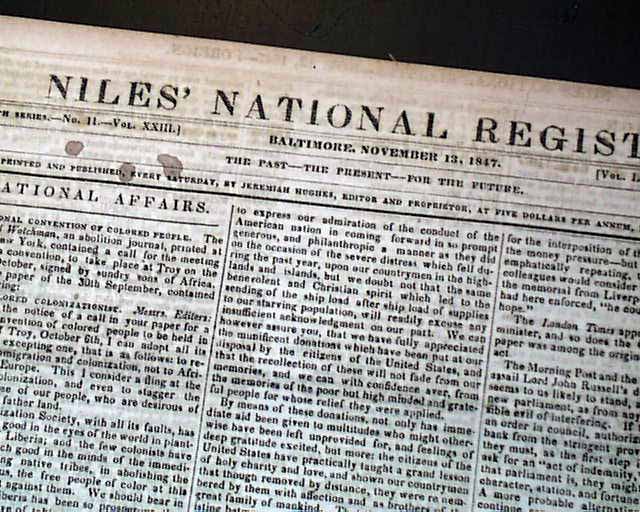 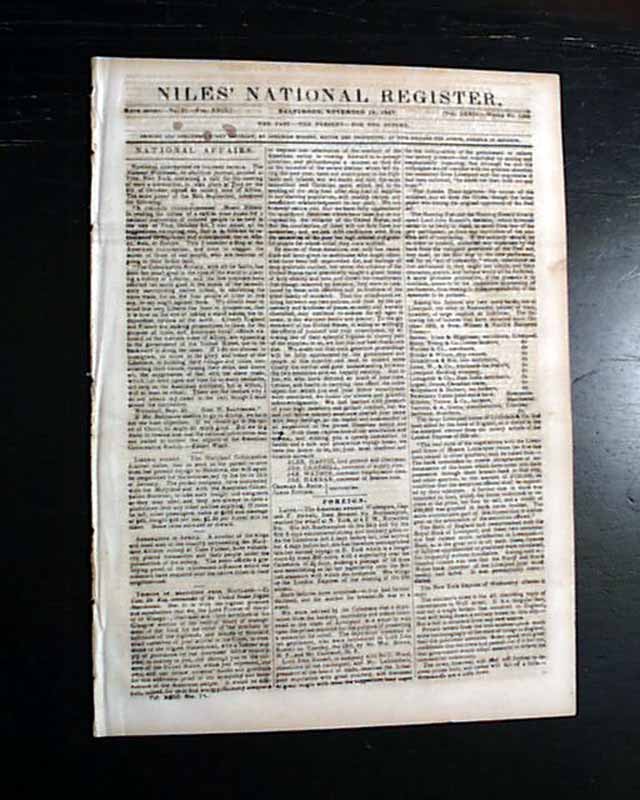