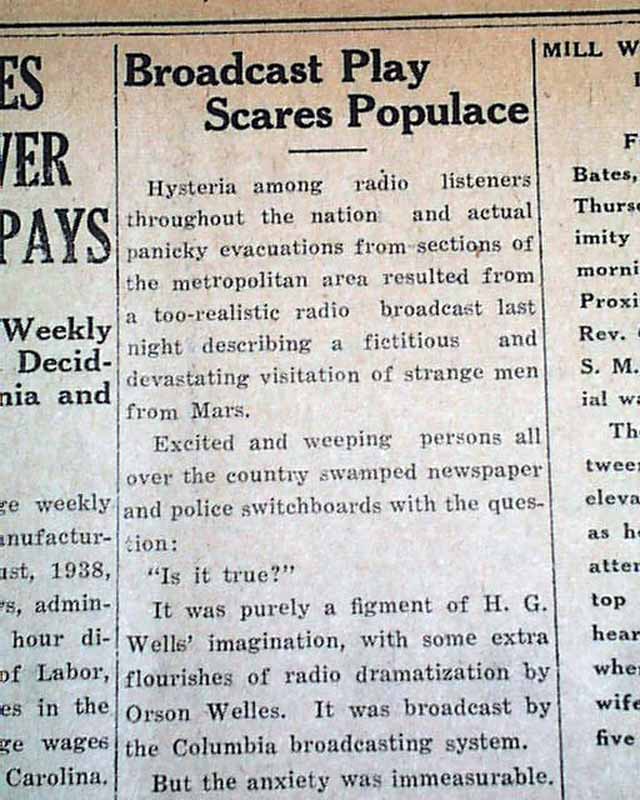 The back page has an article on the infamous "War of the Worlds" radio broadcast delivered by Orson Wells. This radio adaptation of H.W. Wells' "War of the Worlds" novel was taken seriously by many listeners causing the widespread panic.
The report is headed: "Broadcast Play Scares Populace" and begins: "Hysteria among radio listeners throughout the nation and actual panicky evacuations from sections of the metropolitan area resulted from a too-realistic radio broadcast last night...".
Eight pages, light toning at the margins, a few tiny binding holes along the spine, generally nice.