Home > Back to Search Results > Supporting the new Constitution...
Click image to enlarge 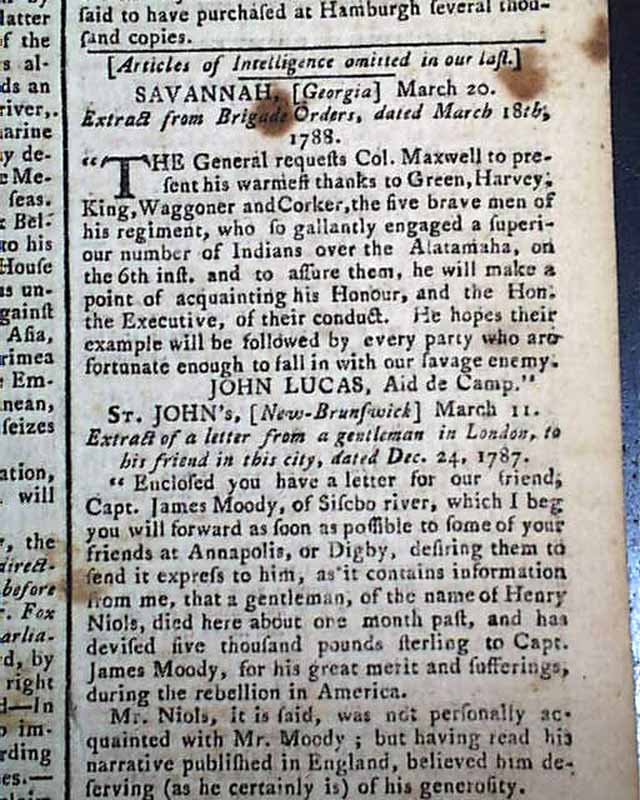 Ftpg. item from Baltimore notes: "The election for two members to represent the town of Baltimore in the Convention to meet at Annapolis the 21st to decide on the new Constitution was closed on Thurs...".
Page 2 has more concerning the consideration of the new Constitution with reports from Virginia & Maryland, including "...there is a large majority in favour of the new Constitution. I shrewdly suspect some of the principal antifederal characters begin to waver..." and "...have heard the merits of the Constitution & the objections to it candidly examined; and that Virginia will soon become a fair PILLAR of the FEDERAL EDIFICE." with more.
Four pages, slightly irregular at the spine, few foxing spots, good condition.