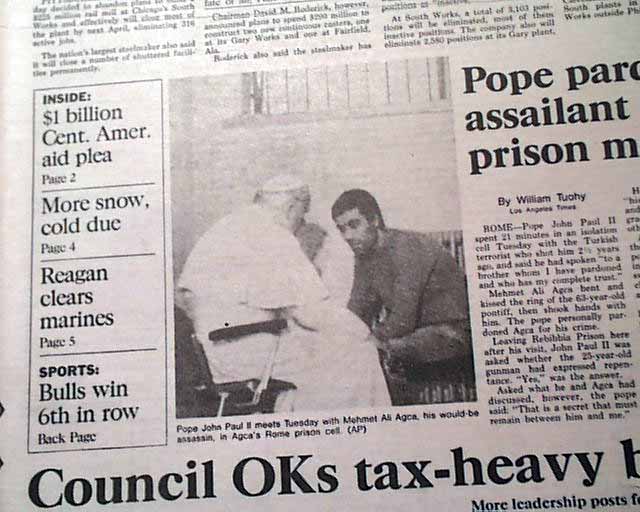 wikipedia notes: In 1983, John Paul II visited his would-be assassin. They had a private conversation, and emerged as friends. The pope stayed in touch with AÄca's family during the latter's incarceration, and in 2000 requested that he be pardoned. The request was granted.