Home > Back to Search Results > Much on extraordinary cruelty towards Virginia slaves...
Click image to enlarge 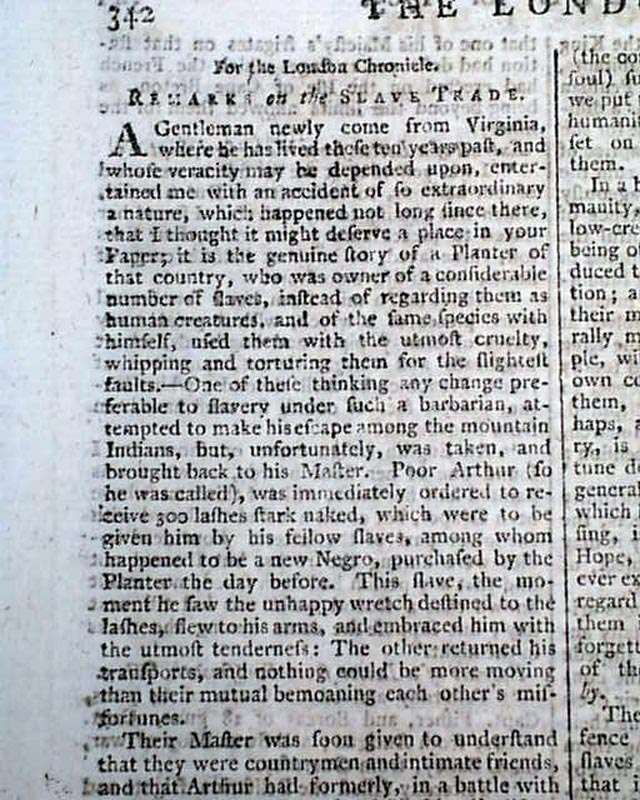 Much on extraordinary cruelty towards Virginia slaves...

Nearly two-thirds of page 6 are taken up with: "Remarks On he Slave Trade" which includes near the beginning: "A gentleman newly come from Virginia...entertained me with an accident of so extraordinary a nature which happened not long since there...who was owner of a considerable number of slaves, instead of regarding them as human creatures and of the same species with himself, used them with the utmost cruelty, whipping and torturing them for the slightest faults..." with much more on the barbarity of their treatment.
The bkpg. has: "Final orders are sent out5 to New York for the evacuation of that city...Sir Guy Carleton & Admiral Digby will come home from New York...The following are the ships of war at New York which are expected home...when the evacuation of that city takes place...".
Eight pages, never bound nor trimmed, 9 by 12 inches, very nice condition.