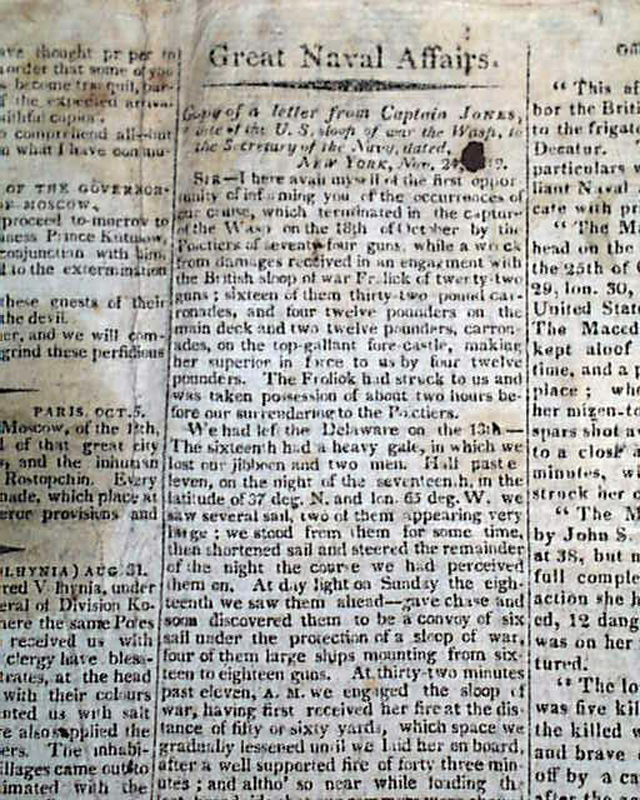 
BOSTON PATRIOT, Dec. 9, 1812  Page 2 has: "Another Brilliant Naval Victory - Capture of the British Frigate MACEDONIAN" by Stephen Decatur in his frigate the United States. Nice detail, followed by another account of the naval battle.
Also: "Great Naval Affairs" which is an account from Captain Jones of the U.S. sloop Wasp in his victory over the British ship Frolic.
Several other very nice articles: "Brilliant Victory" and "Constitution and Hornet" among others, giving this issue a terrific account of the naval victories in the War of 1812.
Four pages, repair to a few tears at an upper corner, some foxing, generally good.