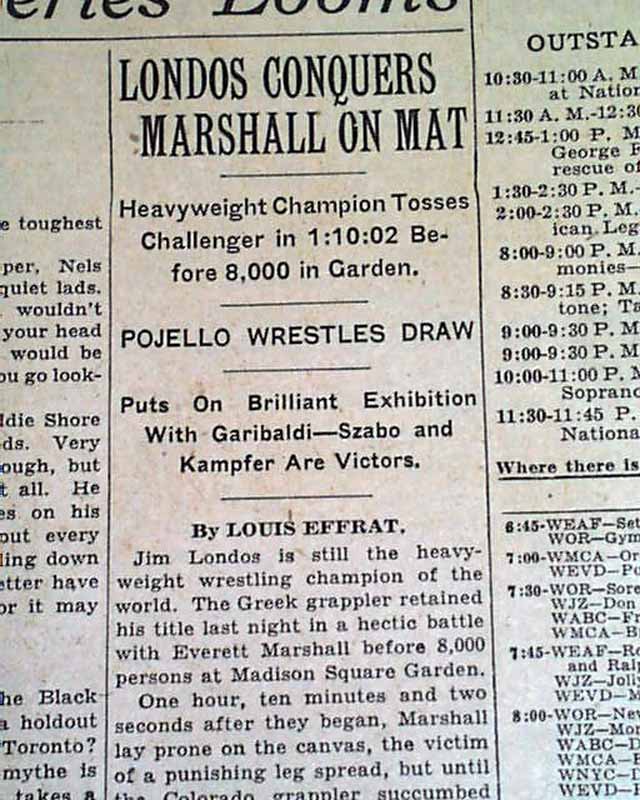 Page 29 has a one column heading: "LONDOS CONQUERS MARSHALL ON MAT" with subheads. (see) First report coverage on the Jim Londos vs. Everett Marshall pro wrestling match in which was made famous with the exposing of the sport being fake.
Other news, sports and advertisements of the day. Complete in 42 pages, light toning and some wear at the margins, generally good.


wikipedia notes: The New York Daily News ran a famous headline exposing the secret of professional wrestling: "Londos and Marshall Meet at Garden Tonight for the 26th Time. Score – Londos 26, Marshall 0." Promoter Jack Pfefer exposed wrestling's predetermined nature to exact revenge on his former business associates, and he got the result he wanted when pro wrestling attendance immediately plummeted. (This was that match.)