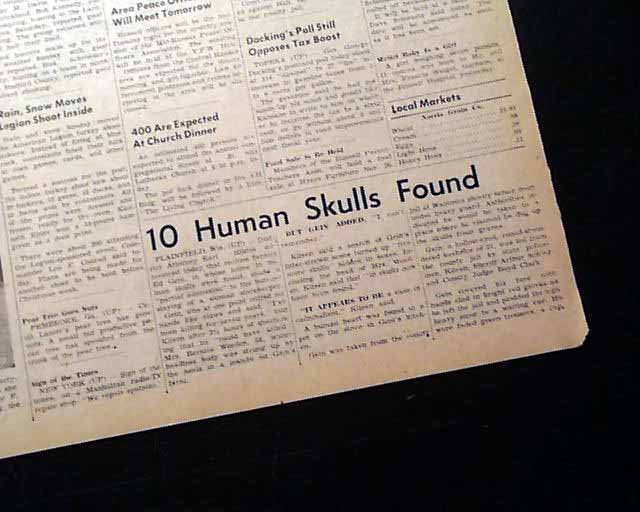 The bottom of the front page has a three column heading: "10 Human Skulls Found" (see) His killings, collecting of corpses and what he did with those bodies where portrayed in many movies including "Psycho" and "Silence of the Lambs" .
Complete with 4 pages, a few binding holes along the spine, some wear at the upper left corner, generally good.