Home > Back to Search Results > Letter between friends with opposing politics...
Click image to enlarge 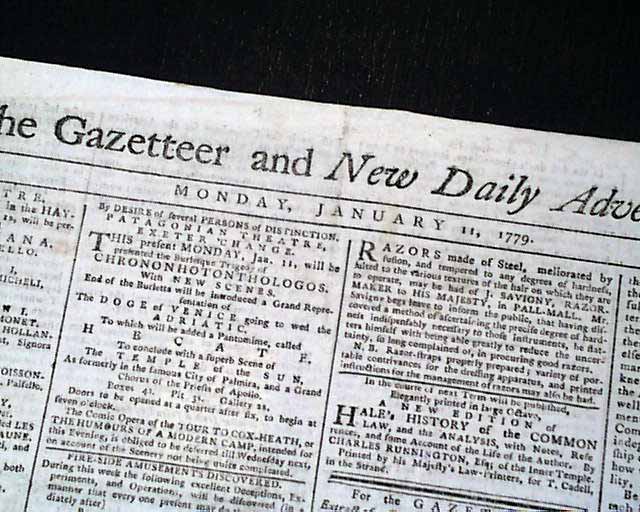 Letter between friends with opposing politics...

Over a column on the ftpg. is an: "Extract of a Genuine Letter from a Gentlemen at Philadelphia to an American Refugee in London", friends who are separated by politics. Bits include: "Though you and I were always, since the contest first began between Britain & America, of different principles...How long did the Congress endure the cruel treachery of the Tories, who betrayed them to their relentless enemies?...I need only mention the shocking massacre at Poughkeepsie which was stirred up by the Tories...The last project of pretended reconciliation brought by the English Commissioners has united all the Colonies, if possible, more firmly than ever..." & more.
Page 2 has an item concerning the exchange of prisoners between the British & the Americans.
Four pages, folio size, very nice condition.