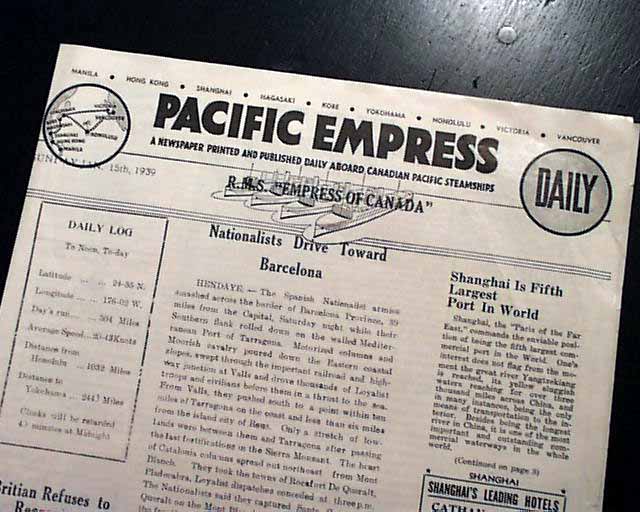 
PACIFIC EMPRESS, "A Newspaper Printed & Published Daily Aboard Canadian Pacific Steamships", Jan. 15, 1939  A rather rare, small newspaper with the bkpg. having: "Jews Reject Il Duce's Offer of Aid" which was his proposal for establishing a Jewish state in Italian Ethiopia.
Also a report that outlaw Doc Barker, son of Ma Barker & brother of Fred Baker, was killed in an attempt to escape the prison at Alcatraz.
Four pages, 9 by 12 1/4 inches, nice condition. 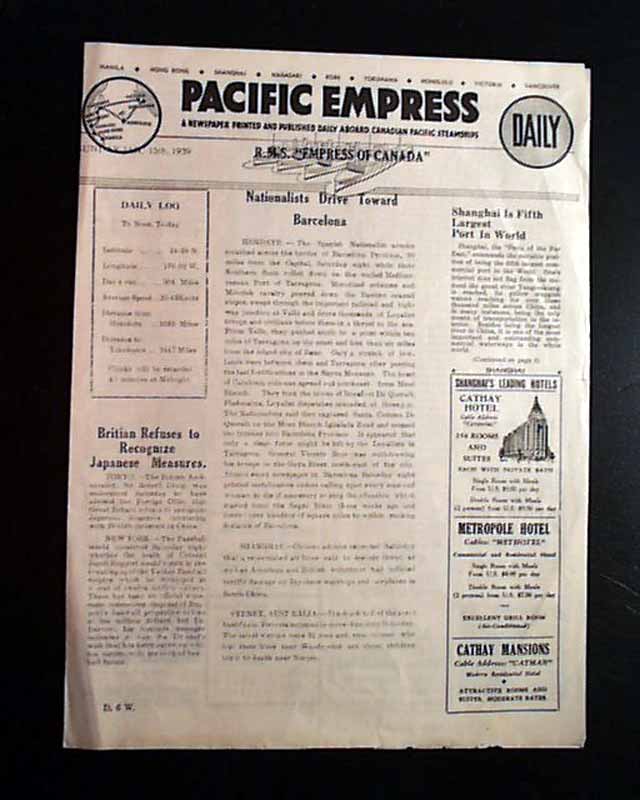 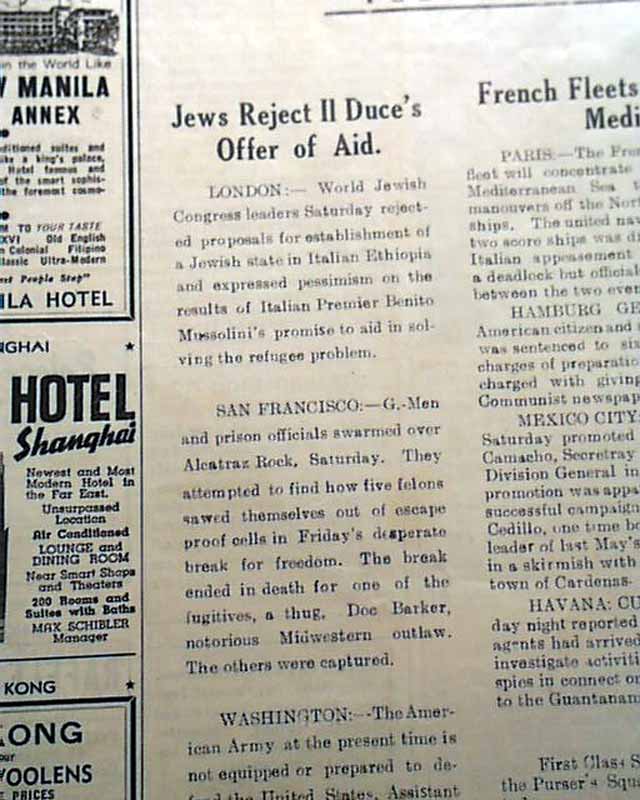