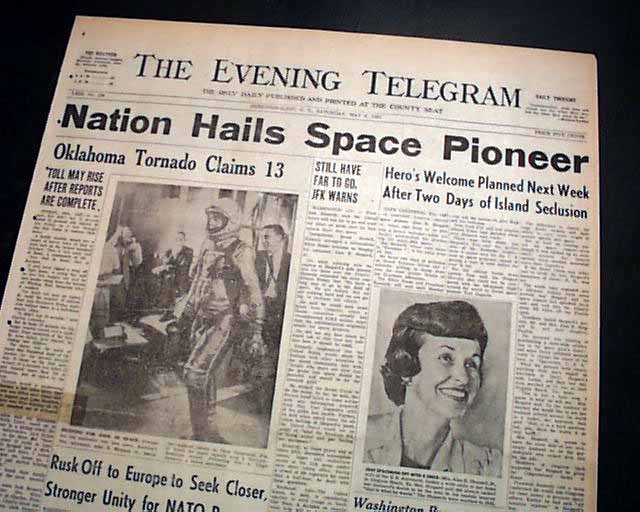 America's first man is space is heralded with this headline: "Nation Hails Space Pioneer" with subhead and a photo of Alan Shepard about to board his space capsule, plus a photo of his wife.
This was an historic first in America's effort in the space race with the Soviet Union, still behind as the first man in space was Uri Gagarin's flight of less than a month prior.
The complete issue of just 8 pages, tape mend near the spine, small binding holes down the spine margin, otherwise good.