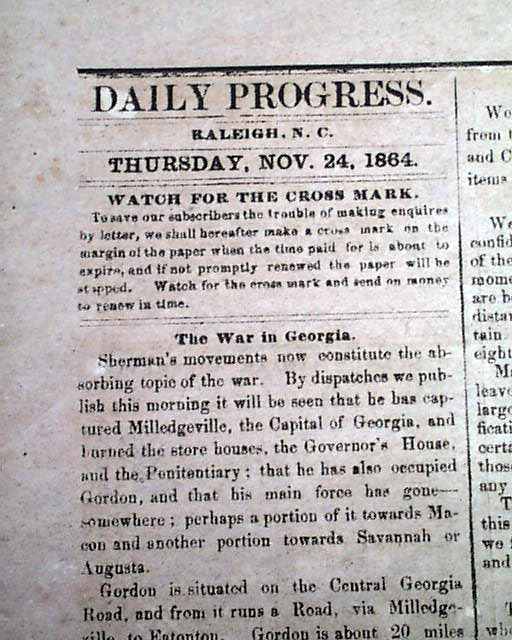 Raleigh was one of the last major cities of the South to fall into the hands of Sherman, surrendering on April 13, 1865, just one day before Lincoln was assassinated. This rare Confederate title is from the latter months of the Civil War.
The front page includes a nearly full column listing of the: "North Carolina Legislature--Session 1864". There is also coverage of the "Legislative Proceedings" of both the Senate & House of Commons. There is nearly half a column headed: "A Scout's Adventure" from the Civil War, concerning a soldier in General A.P. Hill's regiment captured by the Yankees as a spy, with interesting details as to how he escaped.
The back page has much reporting on the Civil War. The top has: "The War In Georgia" which begins: "Sherman's movements now constitute the absorbing topic of the war...it will be seen that he has captured Milledgeville, the Capital of Georgia, and burned the store houses, the Governor's House...he has also occupied Gordon...It is evident that whatever is done must be done quickly. The crisis admits of no delay. Now is the time to crush Sherman's army...From Hood's army we have nothing. We fear the truth is that Hood is powerless & unable to move even in Sherman's wake. If the Yankee army marches through Georgia..." with more.
There are other back page reports concerning the war, too much to note here.
Complete as a single sheet, folio size newspaper in very nice, clean condition. 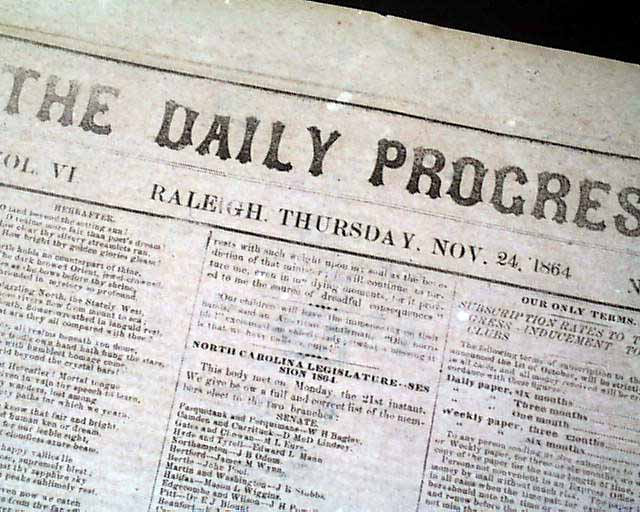 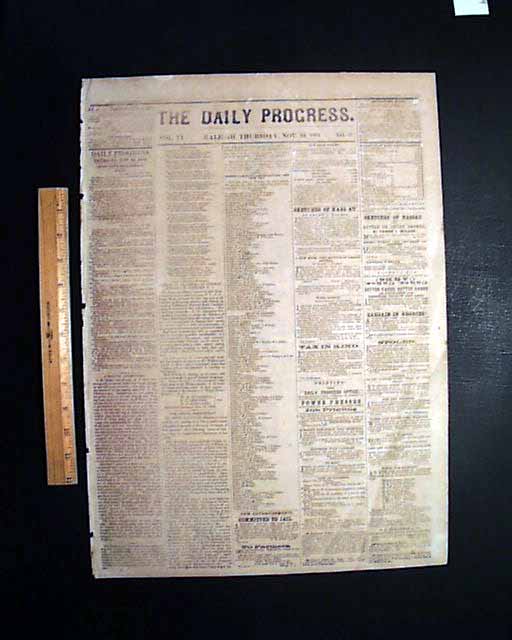 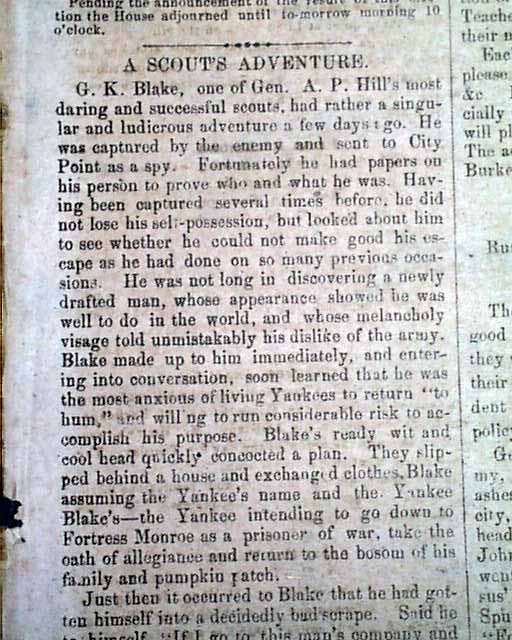 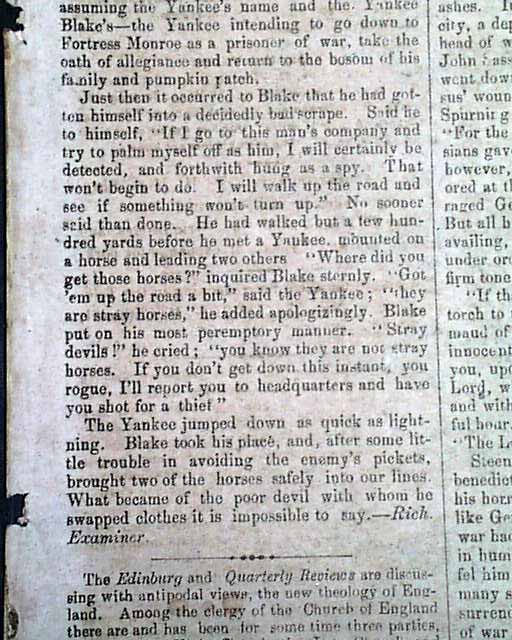 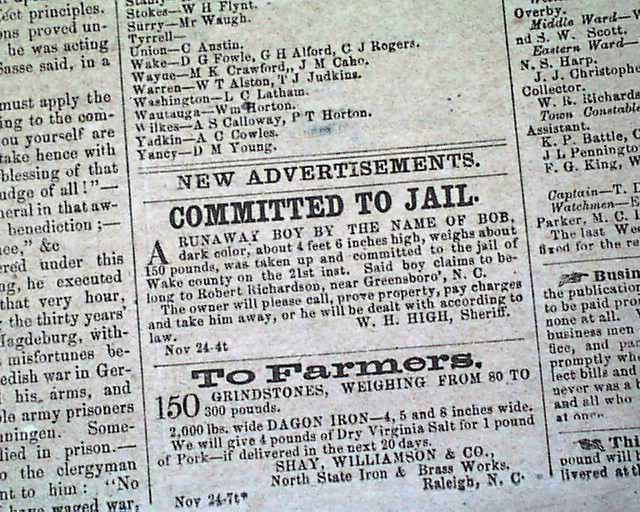 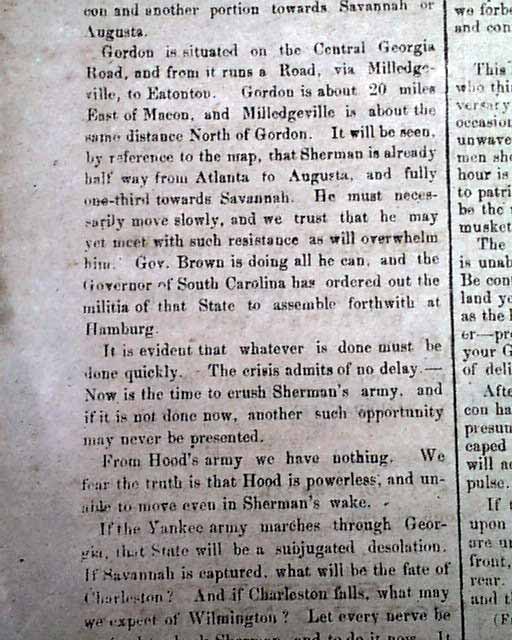 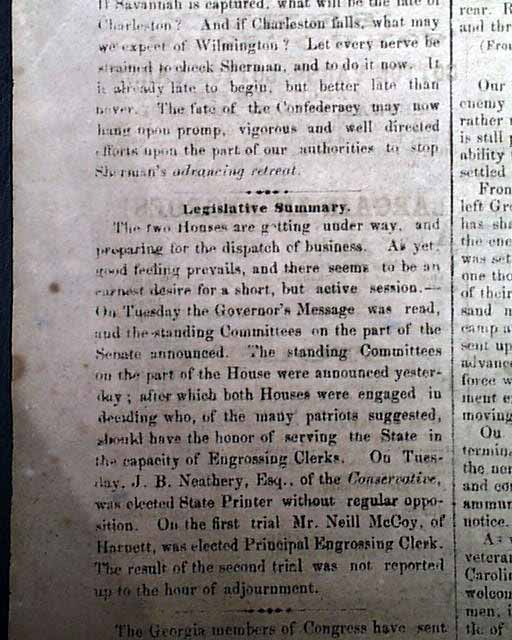 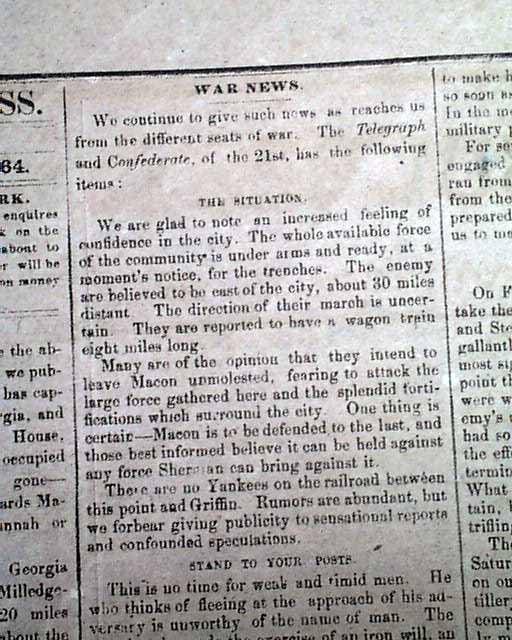 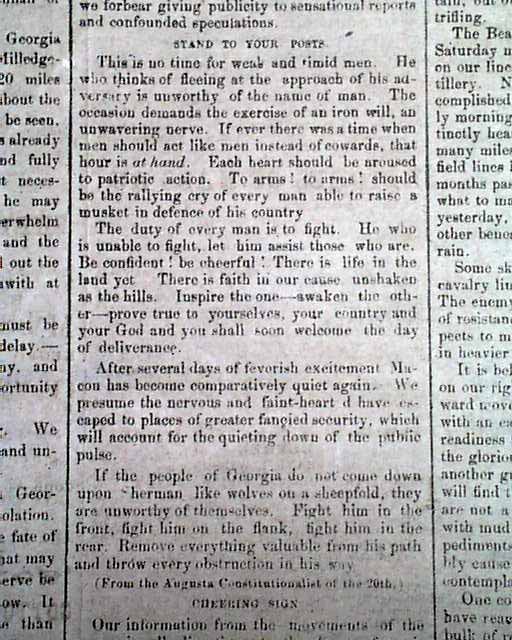 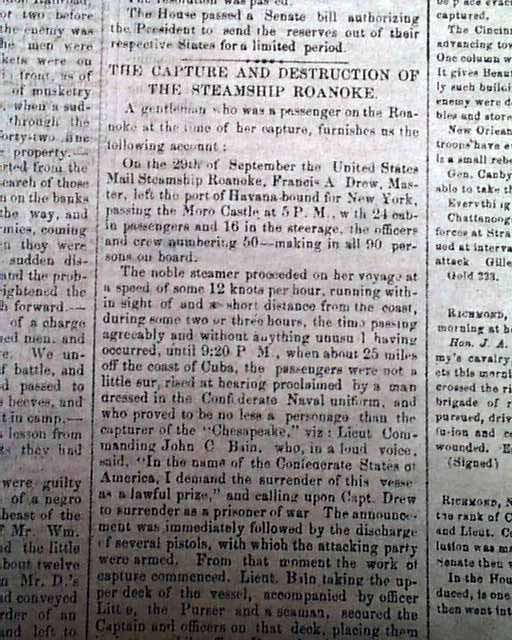 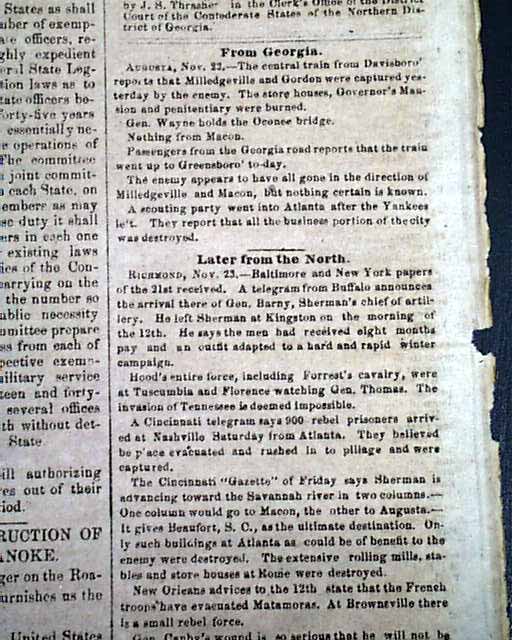