Home > Back to Search Results > Details on the capture of Jeff. Davis...
Click image to enlarge 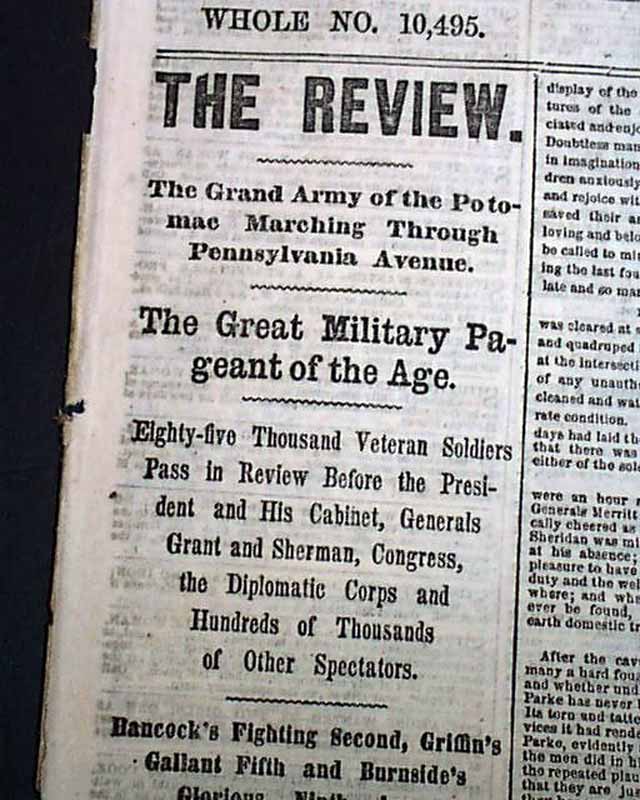 Details on the capture of Jeff. Davis...


NEW YORK HERALD, May 24, 1865  Half of the first column on the front page is taken up with great heads on the parade of returning Civil War soldiers, including: "THE REVIEW" "The Grand Army of the Potomac Marching Through Pennsylvania Ave." "The Great Military Pageant of the Age" "The Honors To The Brave" and much more.
Page 5 has: "JEFF DAVIS" "The True Story of Jeff. Davis' Disguise" "He is Captured in His Wife's Morning Wrapper, Hooded & Veiled, with a Pail On His Army" "His Wife Calls Him Her 'Poor Old Mother'" "The Soldiers Make a Search for Booty & Find Jeff.'s Calfskins" "When Discovered He Rails at His Captors in Impotent Rage" & much more.
Eight pages, very nice condition.