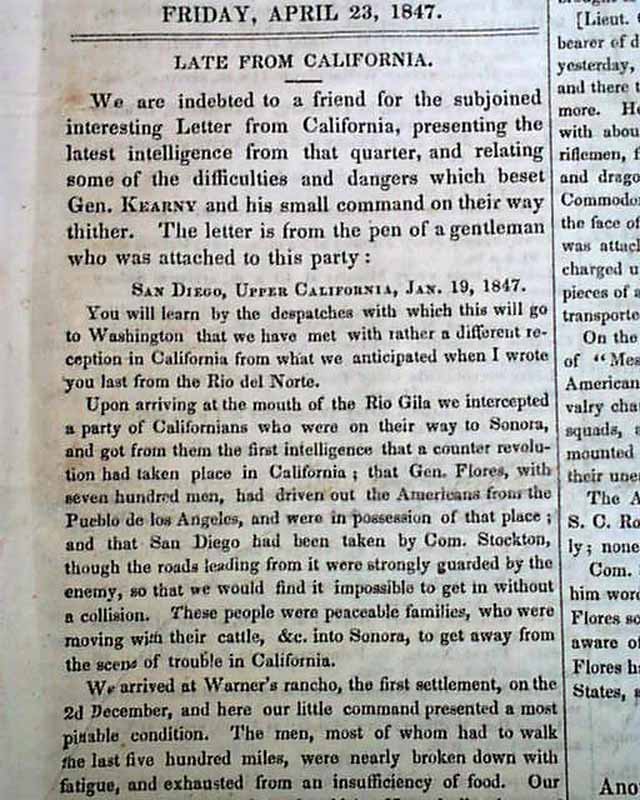 
NATIONAL INTELLIGENCER, Washington, D.C., April 24, 1847  Much reporting on the Mexican War, plus the front page has: "Late From California" which is a lengthy letter from San Diego reading more like a travelogue than a military report, although there is mention of a battle with the Mexicans.
Also on the ftpg: "Letter From Gen. Taylor" and "Santa Anna's Dispositions For Battle". Inside has: "The March to the Rio Grande" which takes half the page, and page 3 has: "From California" and "Official From Vera Cruz".
Four pages, good condition.