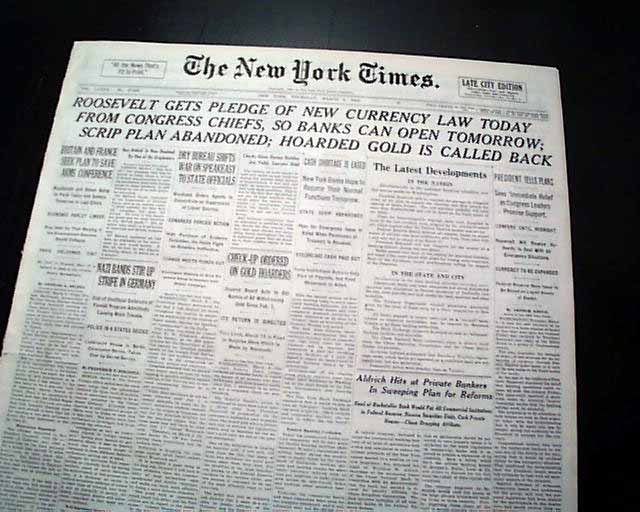 The front page has a nice banner headline: "ROOSEVELT GETS PLEDGE OF NEW CURRENCY LAW TODAY FROM CONGRESS CHIEFS, SO BANKS CAN OPEN TOMORROW; SCRIP PLAN ABANDONED; HOARDED GOLD IS CALLED BACK" with subheads. (see) More on the following pages with related photo. This action would have the desired effect of stopping the panic run on the nation's banks, and happened the day after F.D.R. was inaugurated. One of the more historic issues from the Depression-era.
Complete with all 30 pages, this is the "rag edition" printed on very high quality newsprint meant for institutional holdings. In great condition as such.