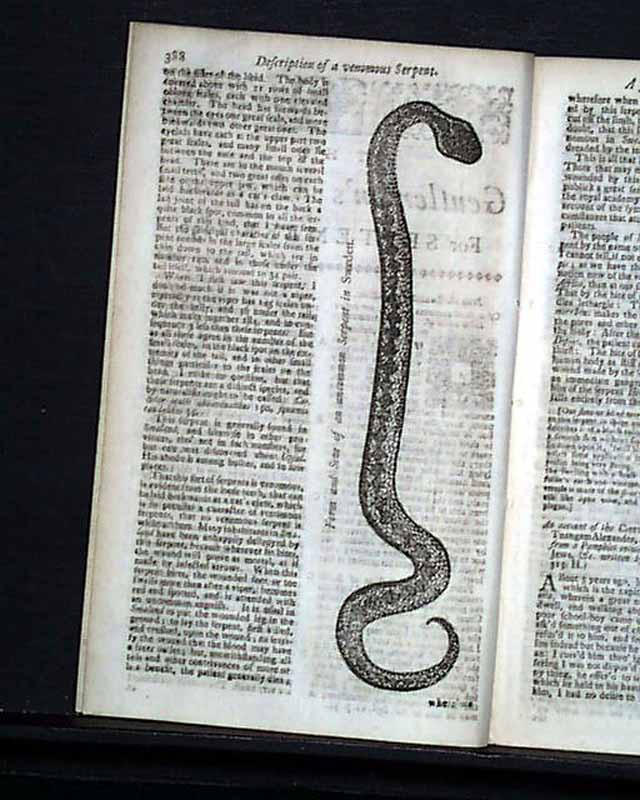 Item # 674485 THE GENTLEMAN'S MAGAZINE, London, September, 1750  Over a page is taken up with: "Of a small Venomous Serpent...." which includes on page 2 a print of it. Another article is: "An Account of the Conversion of Daniel Tnangam Alexander, an Eminent Jew" to the Protestant religion.
There is a continued article on: "Lewis XIV Greatest of Monarchs" by M. de Voltaire which includes a print of a medal showing him. Other items in this issue include: "Errors in Mr. Brent's Astronomy" "The Scripture Doctrine of the Trinity in Unity" "Men more Incorrigible than Women" and more.
Near the back is the "Historical Chronicle" which has various news reports from throughout Europe. Included are reports datelined "Halifax in Nova Scotia" and "Boston in New-England".
Complete in 48 pages, 5 by 8 inches, full title/contents page featuring an engraving of St. John's Gate, very nice condition. The plate called for is lacking. 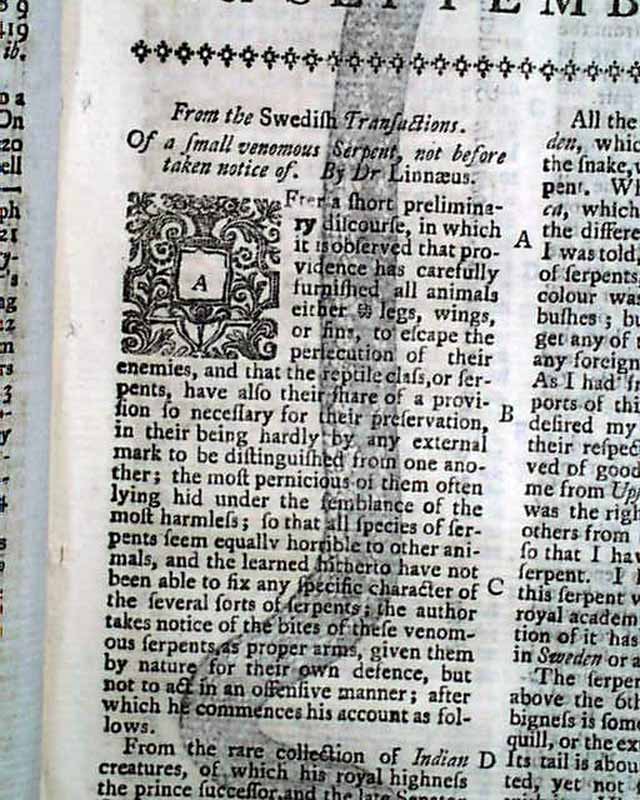 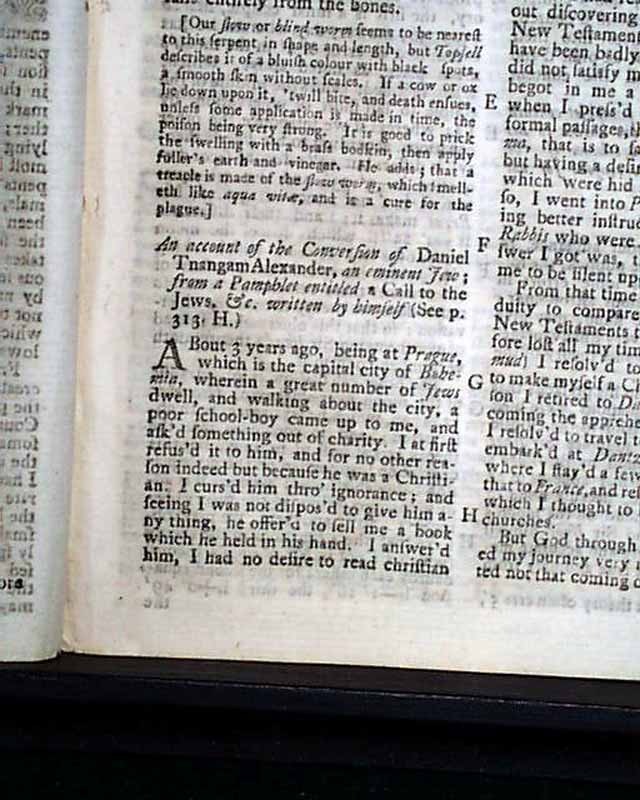 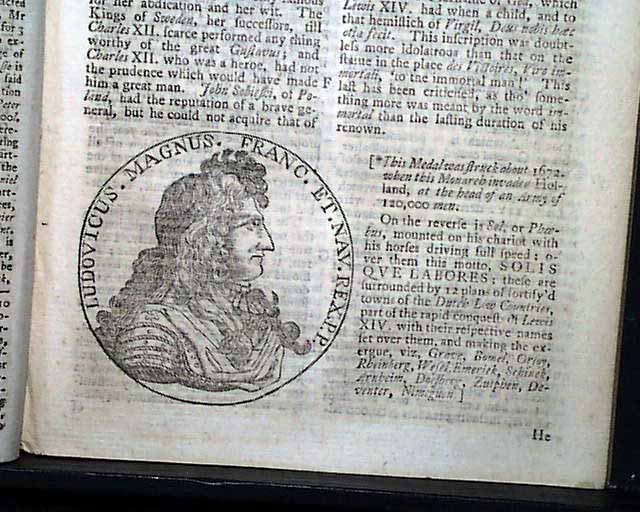 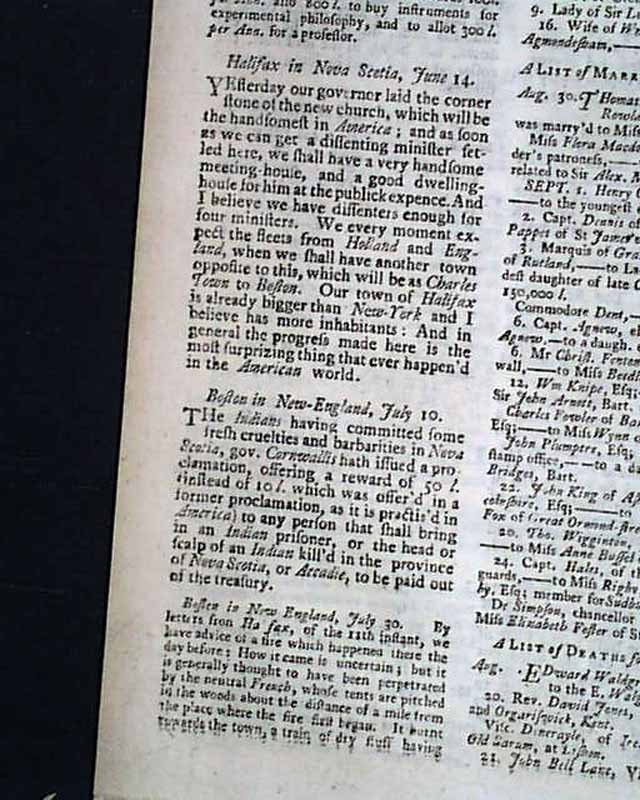 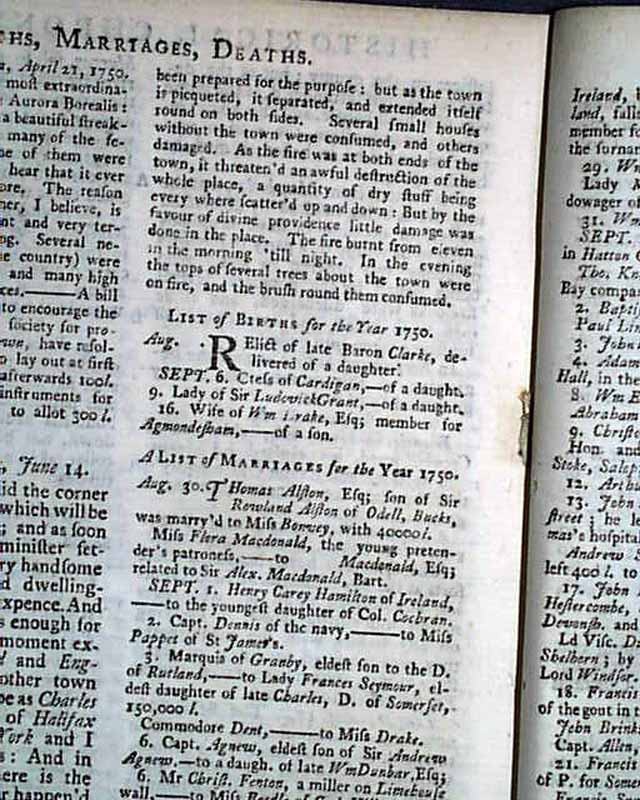 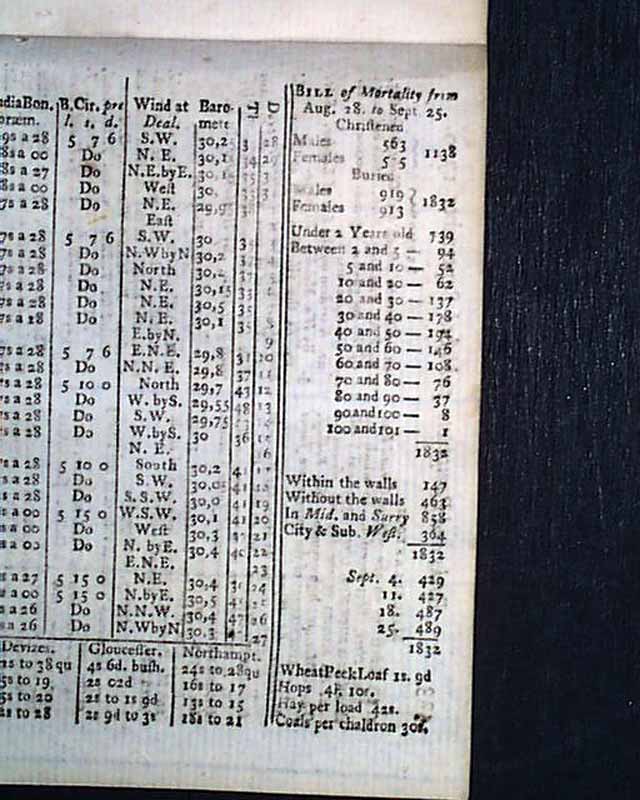 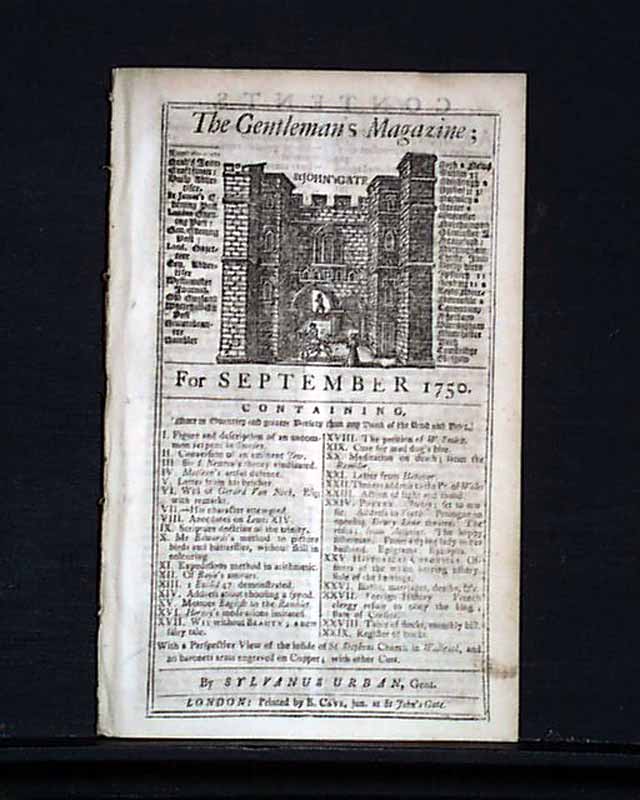