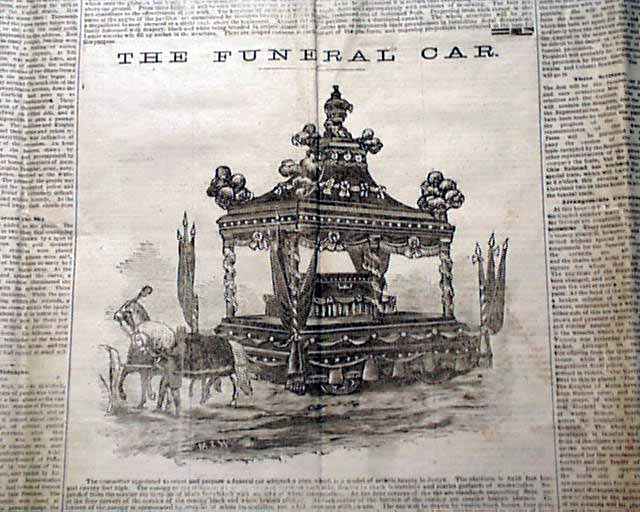 
THE CLEVELAND LEADER, Ohio, Sept. 24, 1881  A very graphic issue on the funeral of President James Garfield, who was born & raised in a Cleveland suburb and is buried in Cleveland.
The top of the front page has two large illustrations showing: "The Pavilion And Catafalque" and: "The Funeral Car". Front page column heads report on the details of the funeral ceremonies. Page 4 has a black-bordered print of: "James Abram Garfield".
Eight pages, never bound nor trimmed, several folds with foxing at folds and some perforation at a fold & fold junctures.