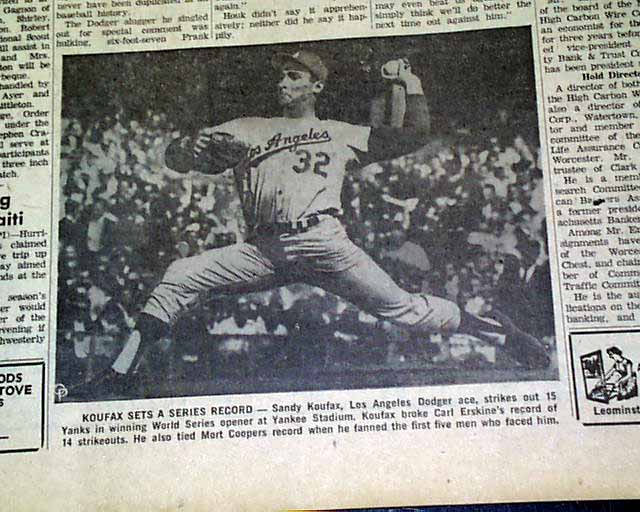 wikipedia notes: Sandy Koufax started it off with a record 15-strikeout performance in Game 1 to outduel the Yankees' ace left-hander Whitey Ford. The 15 strikeouts bested fellow Dodgers pitcher Carl Erskine's mark in 1953 by one, and would be surpassed by Bob Gibson in 1968. Koufax also tied a World Series record when he fanned the first five Yankees he faced.