Home > Back to Search Results > How the Fords conspired to kill Jesse James...
Click image to enlarge 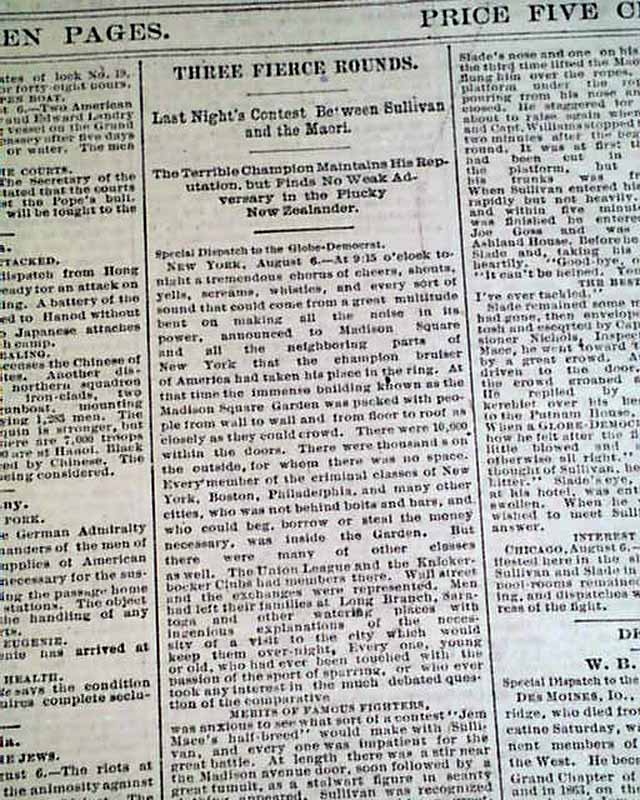 How the Fords conspired to kill Jesse James...


ST. LOUIS GLOBE-DEMOCRAT, Aug. 7, 1883  The front page has over a full column taken up with considerable round-by-round details of the boxing match between John L. Sullivan and Herbert "Maori" Slade for the heavyweight championship.
But the great article is on page 4, headed: "Charlie Ford and the James Boys" which is a detailed article on Charlie Ford's first meeting with Jesse James and the details of the plot to kill Jesse for the reward money, and the promise by the governor for protection. "...Ford says he joined the gang solely to gain their confidence, with a view to Jesse's capture, and that he returned his share of the plunder to the owners after the robbery...his brother Bob made arrangements with Governor Crittenden; that the governor promised them a reward if they would bring in James...After the pardon from the sentence for murder for killing Jesse, he and Bob returned to Kansas City..." with more.
Ten pages, rejoined at the spine, nice condition.