Home > Back to Search Results > Capture of the Frolic...
Click image to enlarge 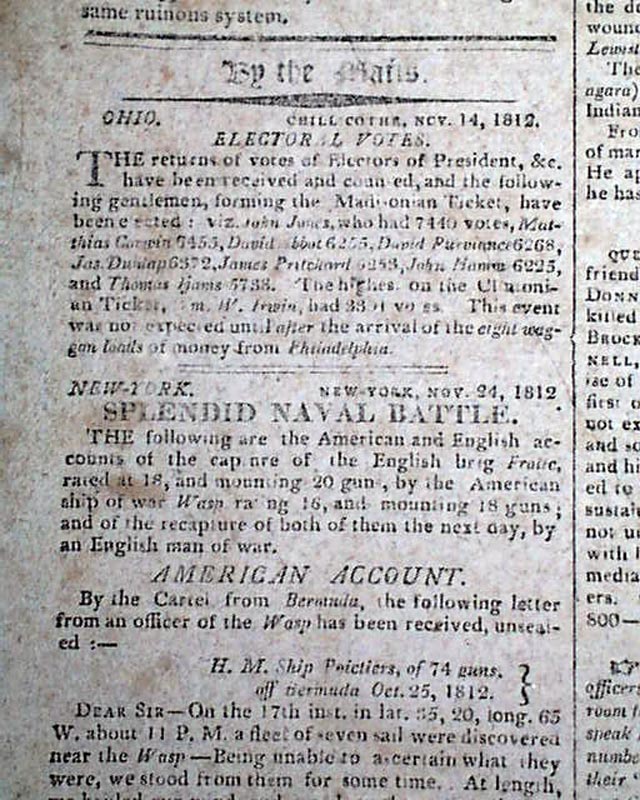 Capture of the Frolic...


COLUMBIAN CENTINEL, Boston, Nov. 28, 1812  Page 2 news "By the Mails" includes a report from New York headed: "Splendid Naval Battle". The detailed report provides the "American Account" of the defeat and capture of the English brig Frolic, by the American ship of war Wasp. The account is signed in type: Caesar R. Wilson, an officer of the Wasp. There is a second account of the battle from another officer, as well the "British Account".
Under another war report headed "Canada War" is an early mention of William Henry Harrison that says: "From Gen. Harrison's army nothing but  accounts of marches, halting and curvetings....He appears to be a very promising officer, but as yet he has not done anything." Other war reports include: "Battle At Queenstown" & "Invasion Of Canada".
Four pages, foxing is mostly inside, generally good condition.