Home > Back to Search Results > Battle of Queenstown Heights...
Click image to enlarge 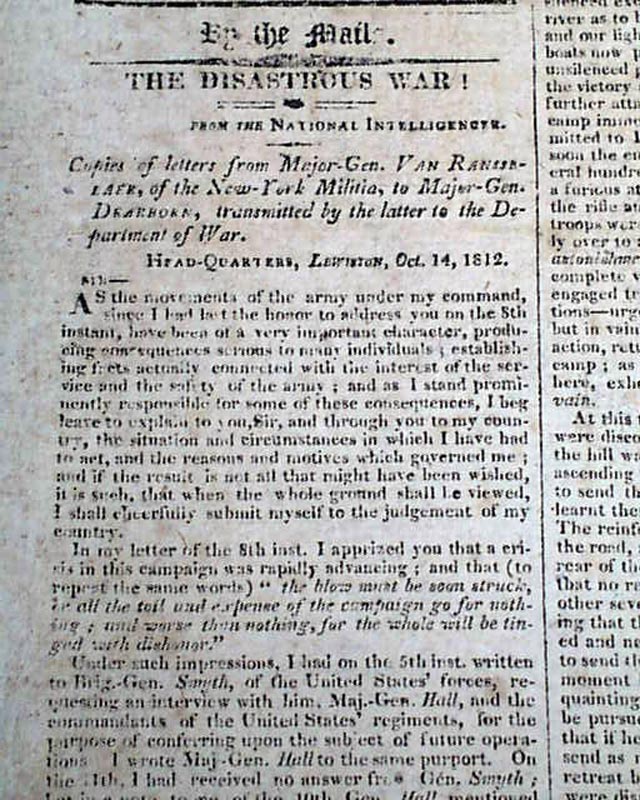 Page 2 has nearly 1 1/2 columns taken up with: "Copies of Letters from Major-Gen. Van Rensselaer...to Major-Gen. Dearborn..." dated at Lewiston, Oct. 14, 1812. This is a fine account of the Battle of Queenston Heights, the first major land battle of the War of 1812. The American were defeated by the British. Great to have an account of this significant battle written by the commander of the American forces.
Also on page 2: "Another Proof of American Naval Gallantry!" Four pages, various minor margin tears, some foxing, slightly regular at the spine.