Home > Back to Search Results > Charge of the Light Brigade...
Click image to enlarge 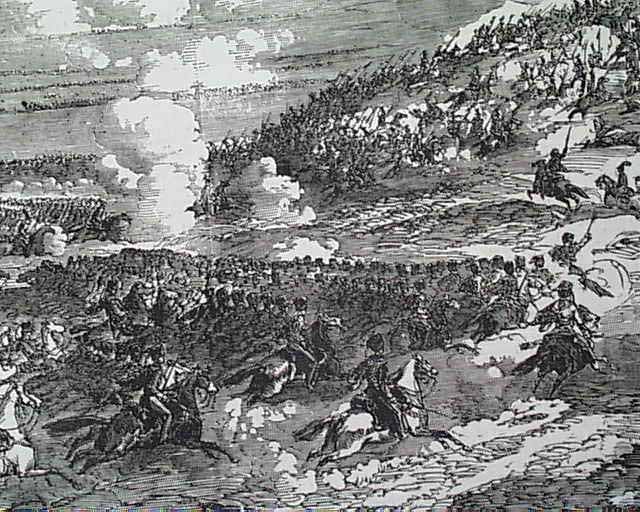 Charge of the Light Brigade...

The front page contains not only a nice article but a great illustration on the famous "Charge of the Light Brigade" from during the Crimean War.
The article is headed: "The Battle Of Balaclava" which carries over to page 2, and the print is captioned: "The Light Cavalry Charge at Balaclava" with a separate, related article on page 2. There are more articles and more illustrations on the Crimean War in this issue.
A fine opportunity for a European report of one of the more notable European battles of the 19th century. Complete 24 pg. issue in very nice, clean condition.