Home > Back to Search Results > Full text of the Louisiana Purchase...
Click image to enlarge 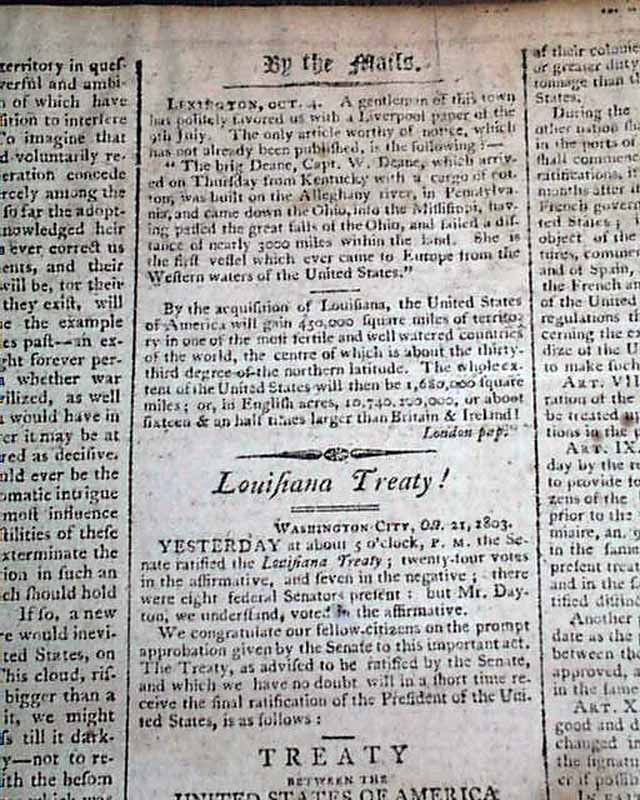 Full text of the Louisiana Purchase...

The complete text of the Louisiana Purchase Treaty, with both conventions, is found on page 2. It is prefaced with an article headed: "Louisiana Treaty!" noting in part: "Yesterday...the Senate ratified the Louisiana Treaty, 24 votes in the affirmative and seven in the negative...We congratulate our fellow citizens on the prompt approbation given by the Senate to this important act...we have no doubt will in a short time receive the final ratification of the President of the United States...".
The Louisiana Purchase of 1803 brought into the United States about 828,000 square miles of territory from France for about 4 cents an acre, thereby doubling the size of the young republic.
An extremely historic document in American history contained in full within these two consecutively issued newspapers.
Four pages, minor foxing, good condition.