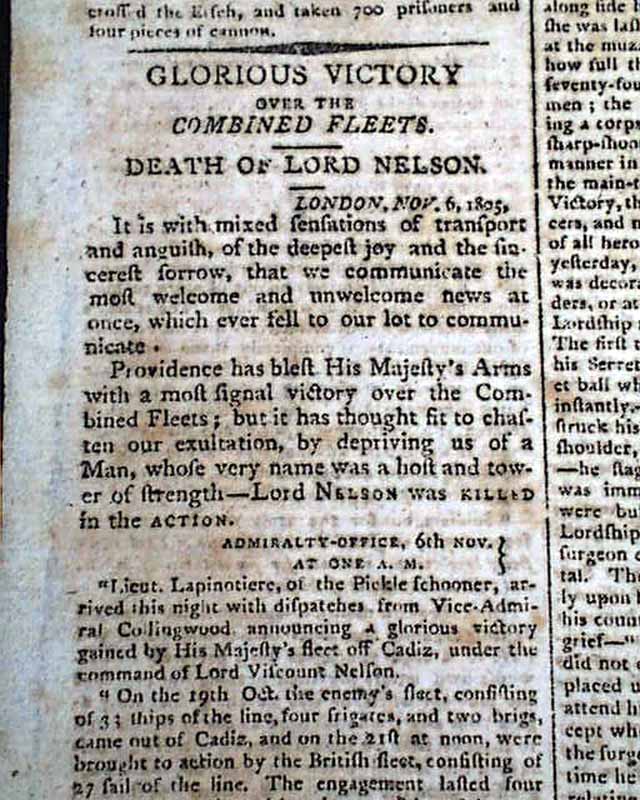 Page 2 has nice & detailed reports on the Battle of Trafalgar, headed: "Glorious Victory Over the Combined Fleets. Death of Lord Nelson".
Part of the introductory announcement reads: "...Providence has blest his Majesty's Arms with a most signal victory over the combined fleets, but it has thought fit to chasten our exultations by depriving us of a Man, whose very name was a host & tower of "Strength--Lord Nelson was killed in the action."
What follows are various reports of the historic battle, including in part: "...a glorious victory was gained by his Majesty s fleet off Cadiz under the command of Lord Nelson....The engagement lasted four hours, and terminated by nineteen ships of the enemy's line striking their colours..." with more. There is also a lengthy letter from an Officer of the Eurylus which provides many details about the action.
The front page has three addresses signed in type: Napoleon. Four pages, very nice condition.