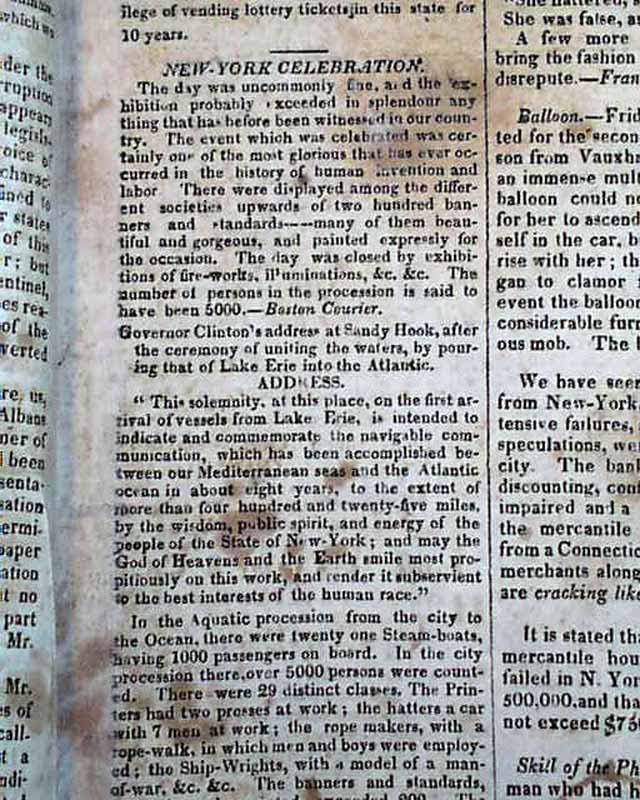 Page 3 includes a nice account of the celebration of the arrival of the first boat on the Erie Canal, headed; "New York Celebration". Included is the governor's "Address" which begins: "This solemnity, at this place, on the first arrival of vessels from Lake Erie, is intended to indicate & commemorate the navigable communication which has been accomplished between our Mediterranean seas and the Atlantic ocean in about eight years, to the extent of more than 425 miles...".
This is prefaced with a note that Governor Clinton included: "...the ceremony of uniting the waters by pouring that of Lake Erie into the Atlantic."
The Erie Canal was the first transportation route faster than carts pulled by draft animals between the Eastern Seaboard and the western interior, and cut transport costs into what was then wilderness by about 95%. The Canal resulted in a massive population surge in western New York, and opened regions further west to increased settlement.
Four pages, never-trimmed margins, archivally rejoined at the spine, foxing & some damp staining.