Home > Back to Search Results > Abraham Lincoln submits a resolution in Congress...
Click image to enlarge 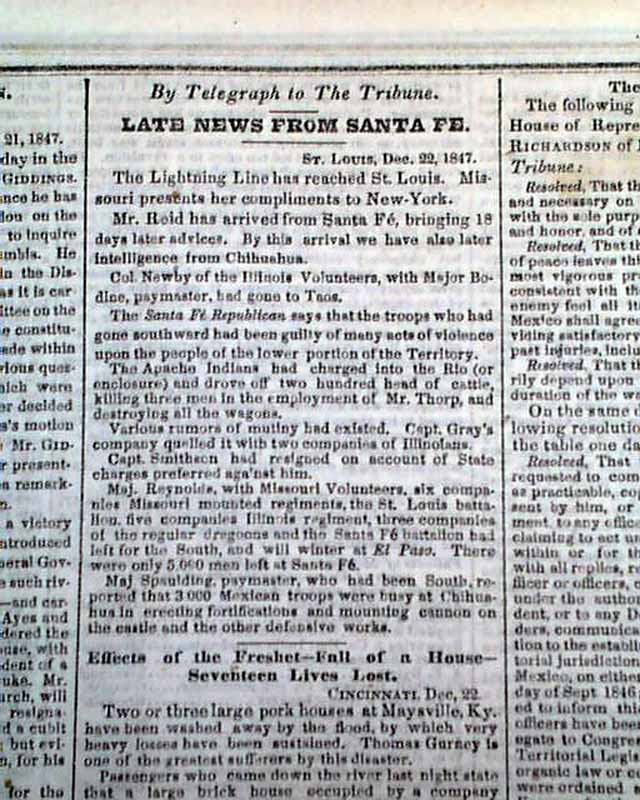 
NEW YORK WEEKLY TRIBUNE, Jan. 1, 1848  Of interest is the somewhat inconspicuous report from Congress headed: "The War with Mexico" which begins with: "Mr. Lincoln of Illinois submitted the following preamble and resolution to the House of Representatives...".
This was Abraham Lincoln when he was serving just two years as a Representative from Illinois.
In 1846 Lincoln ran for the United States House of Representatives and won. While in Washington he became known for his opposition to the Mexican War and to slavery. He served only one term, from March, 1847 thru March, 1849, so Congressional reports with mention of Abraham Lincoln are quite scarce. Lincoln returned home after his term and resumed his law practice.
Quite rare to find period mentions of Lincoln--albeit quite inconspicuous--from long before he would become a national figure.
Eight pages, nice condition.