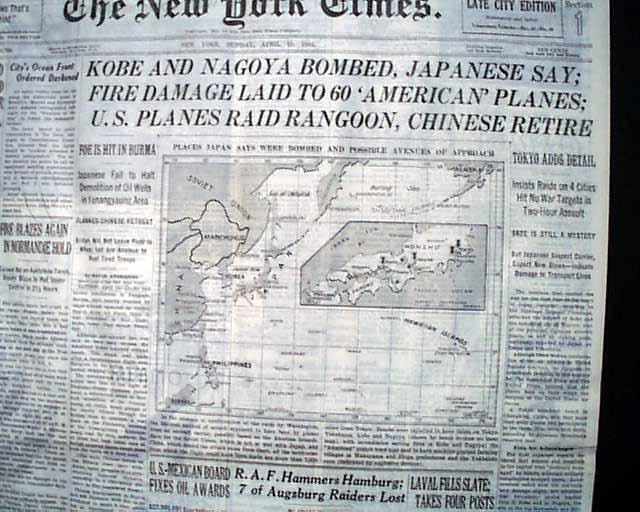 The top of the front page has a six column headline that reads: "KOBE AND NAGOYA BOMBED, JAPANESE SAY" with subheads. (see) This was the famous Doolittle raid on Japan. It was not known at the time that James "Jimmy" Doolittle was involved due to secrecy.
Other news, sports and advertisements of the day. Complete in 70+ pages, rag edition in very nice condition.