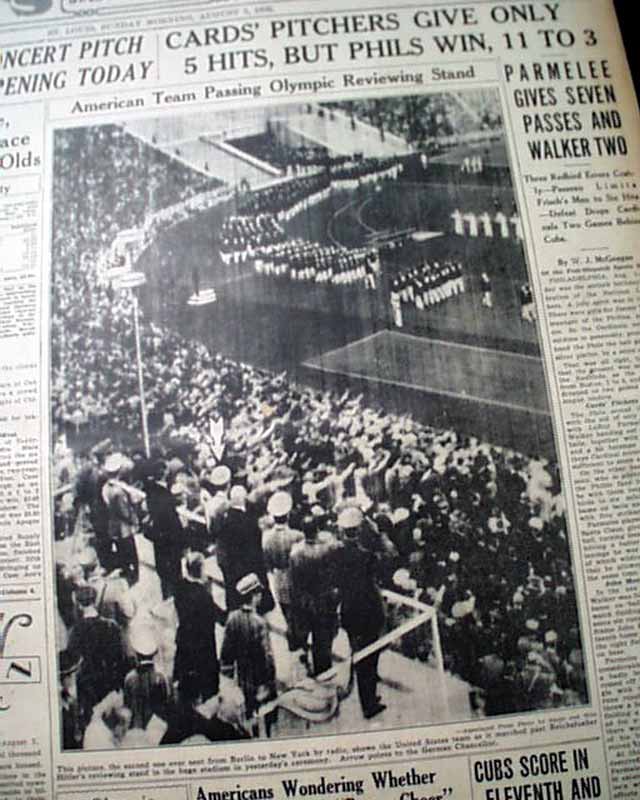 The top of the front page of the sport's section has a four column headline: "AMERICANS TUNED TO CONCERT PITCH FOR OLYMPIC GAMES, OPENING" with subheads and the somewhat famous photo showing Hitler and some of his officials overseeing the opening ceremonies. (see) The top of page 2 of this section has a banner headline: "CROWD OF 100,000 GIVES AMERICAN TEAM FEEBLE APPLAUSE" with subheads. (see)
Complete with 40+ pages, light toning and minor wear at the margin, small library stamp within the masthead, small bindings holes and a little archival mending along the spine, generally nice.