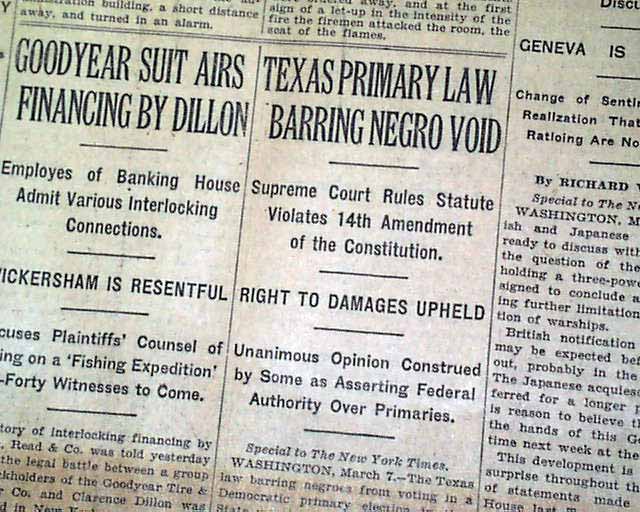 The front page has a one column heading: "TEXAS PRIMARY LAW BARRING NEGRO VOID" with subheads. See below for information.
Complete with all 42 pages, heavy foxing along the central fold, a few small binding holes along the spine, otherwise in good condition.

wikipedia notes: Nixon v. Herndon, (1927), was a United States Supreme Court decision which struck down a 1923 Texas law forbidding blacks from voting in the Texas Democratic Party primary. Due to the limited amount of Republican Party activity in Texas at the time following the suppression of black voting through poll taxes, the Democratic Party primary was essentially the only competitive process and chance to choose candidates for the Senate, House of Representatives and state offices.