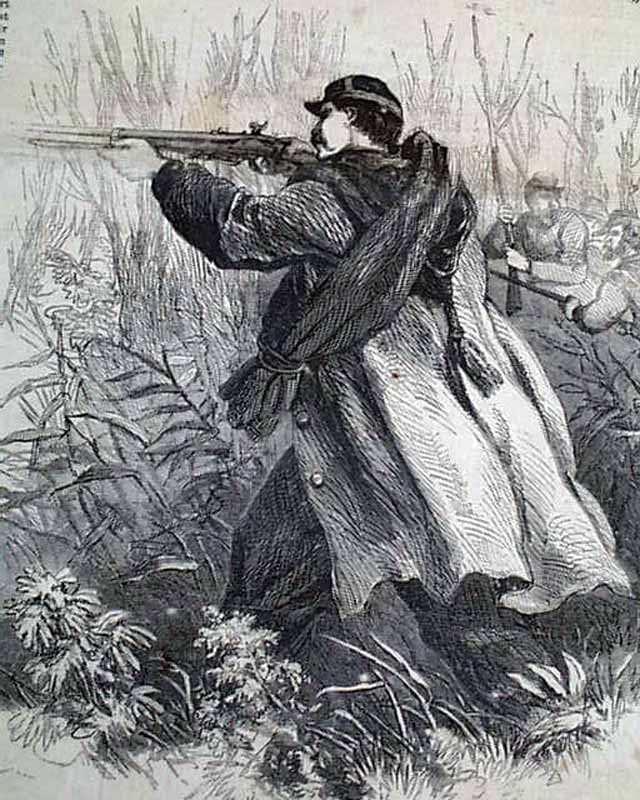 
FRANK LESLIE'S ILLUSTRATED, New York, March 22, 1862  The front page has a print of a soldier shooting as well as a lengthy article: "The Naval Battle in Hampton Roads" which featured the historic battle between the Monitor & the Merrimac.
Inside has a centerfold (non-contiguous pages) with 4 prints of: "The War In North Carolina--General View of Pamlico Sound..." and "The War In Kentucky--Ruins of the Railway Depot at Bowling Green..." "The War in Georgia...Warsaw Island..." and "The War in Tennessee--View of the Town of Dover...".
Another doublepage centerfold has two dramatic prints, the one captioned: "The Second Naval Battle in Hampton Roads--Fight Between the National Floating Battery Monitor of Two Guns, and the Rebel Iron-Plated Steamers Merrimac...".
There are other war-related prints as well.
Complete in 16 pages, binding holes at the centerfolds, foxing to the front page, generally good condition.